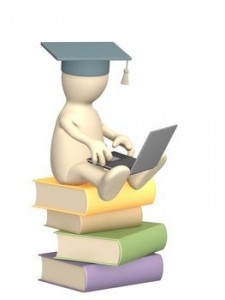 This theory of human intelligence, developed by psychologist Howard Gardner, suggests there are at least seven ways that people have of perceiving and understanding the world. Gardner labels each of these ways a distinct “intelligence”–in other words, a set of skills allowing individuals to find and resolve genuine problems they face.

Gardner defines an “intelligence” as a group of abilities that:

Is somewhat autonomous from other human capacities

Has a core set of information-processing operations

Has plausible roots in evolutionary history

While Gardner suggests his list of intelligences may not be exhaustive, he identifies the following seven:

Instruction–Gardner advocates instructional methods that appeal to all the intelligences, including role playing, musical performance, cooperative learning, reflection, visualization, story telling, and so on.

Assessment–This theory calls for assessment methods that take into account the diversity of intelligences, as well as self-assessment tools that help students understand their intelligences.

Howard Gardner, Frames of Mind: The Theory of Multiple Intelligences.