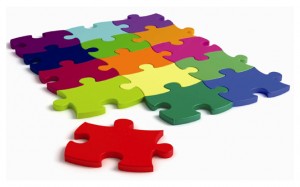 Constructivism is a philosophy of learning founded on the premise that, by reflecting on our experiences, we construct our own understanding of the world we live in. Each of us generates our own “rules” and “mental models,” which we use to make sense of our experiences. Learning, therefore, is simply the process of adjusting our mental models to accommodate new experiences.

There are several guiding principles of constructivism:

1. Learning is a search for meaning. Therefore, learning must start with the issues around which students are actively trying to construct meaning.
2. Meaning requires understanding wholes as well as parts. And parts must be understood in the context of wholes. Therefore, the learning process focuses on primary concepts, not isolated facts.
3. In order to teach well, we must understand the mental models that students use to perceive the world and the assumptions they make to support those models.
4. The purpose of learning is for an individual to construct his or her own meaning, not just memorize the “right” answers and regurgitate someone else’s meaning. Since education is inherently interdisciplinary, the only valuable way to measure learning is to make the assessment part of the learning process, ensuring it provides students with information on the quality of their learning.

Curriculum–Constructivism calls for the elimination of a standardized curriculum. Instead, it promotes using curricula customized to the students’ prior knowledge. Also, it emphasizes hands-on problem solving.

Assessment–Constructivism calls for the elimination of grades and standardized testing. Instead, assessment becomes part of the learning process so that students play a larger role in judging their own progress.

Jacqueline and Martin Brooks, The Case for Constructivist Classrooms.