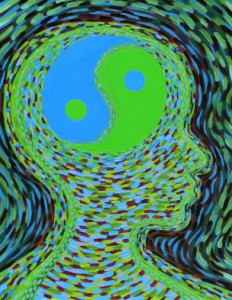 Once a young adult hits a certain age, several things kick into action. Not only is puberty raging, the brain is going through some amazing changes, too. The thought that the brain was finished developing in the early years is evolving as new studies are finding the teenage brain goes through one last push to keep the brain in tip-top condition, or lose certain functions forever.

The teenage years are full of egocentrism, dealing with external pressures, and trying to keep up in school. Everyone was a teenager at one point, so we can all relate in one way or another. But, it still seems that the teenage years are the ones that are still misunderstood and often generalized. For years, it was the understanding that the brain becomes moody during this time due to all those hormones running rampant. The reality is the adolescent brain is working hard to continue developing circuits. Studies determined the prefrontal cortex, which helps make the major decisions, aides in making judgments, and understanding consequences, is still not fully developed during the teenage years, and will not achieve total completeness until the early 20’s.

This does not mean all those hormones do not play a role in some of that out-of control-attitude and behavior that takes place in tweens and teens. Hormones can contribute to tipping the scales when it comes to decision-making and behavior.  Pediatrician and adolescent researcher Richard Dahl finds that at birth the brain has the most neurons, but the number of synapses, or the junctions that connect neurons, reaches its peak by adolescence.  The teenage brain may be at its best in some ways, but with all the other social pressures and internal angst, some teens may make bad decisions, and others may become highly motivated to achieve. Most will eventually outgrow that risky behavior and compulsive decision-making.

Not only are teens temperamental, they are developing in ways we cannot see. The brain is making big decisions, and if certain areas are not used during this important time, the teenager may be at risk of losing certain functions if neurons are not fired.  Through MRI studies, it has been determined that teens also process emotion differently than adults. It seems the amygdala is fired first, which is in charge of gut reactions, instead of the frontal lobe. As young adults age, the frontal and temporal lobe take charge, leaving the amygdala to take over during those random gut reaction situations.

Whether dealing with an adolescent in the home or educational setting, there are several things to keep in mind. It may seem it is you against the teen, but with patience and a bit of understanding, everyone can find a middle ground.

Stay strong: Remember that you are the adult. Even if the teen may be frustrated with boundaries, staying strong and sticking to your rules will encourage the teenager to make positive decisions later in life.  Understand there will be times everyone will butt heads, but to also consider how you as the adult are talking and listening to the teen. Keep a positive attitude, never resort to anger, and remember to stand your ground. As an adult, share stories from your teen years, which just might peak the teen’s interest and encourage them to understand where you are coming from.

Get the “big talk” out of the way earlier than later: Talking about what to expect during puberty helps set the groundwork for what is to come. Even though talking about our bodies and how they work may be uncomfortable for teens, it is better to hear the information from someone they respect than their peers, who may have facts incorrect. While having an open discussion about puberty and how our bodies work, it is not a bad idea to spend some time discussing sex. As an adult, if you are unsure how to begin the “big talk,” reach out to your local community of pediatricians, teachers, or a trusted friend for support.

Encourage them to sleep – and eat healthy: During the tween and teen years, changes are taking place both externally and internally. This translates to needing extra sleep and nutrients. Encourage the teenager to get a good night’s sleep and eat healthy, nourishing foods, which will also aide in development. Setting a good example by having good sleeping and eating habits as an adult also helps. Recent studies have even linked lack of sleep in teens to increased eating habits.

Understanding that we all grow out of the teenage years may help everyone feel better at the end of a trying day. All adults were teens at one point, and they survived!

2 Responses to The Teenage Brain