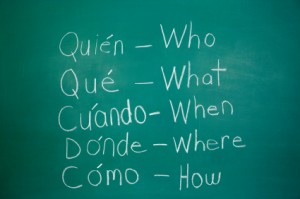 Language is a funny thing. As parents, we spend many months encouraging our little ones to utter their first words and begin their voyage through language. During the school years, teachers pound proper grammar into kids’ heads. It usually is not until children reach the middle years of their schooling that they are potentially offered the opportunity to learn a second language. But, is it too late? What is the optimal age for learning a foreign language?

The Brain and Learning a Foreign Language

The brain learns in amazing ways. Our brains have many compartments that are in charge of different specialties, such as the left brain covering creativity and the frontal lobe taking care of solving problems. According to the Center for Applied Linguistics, learning occurs without intervention – and introducing a second language to youngsters can be effortless. They find that in the early stages of learning, “neural circuits are activated piecemeal, incompletely, and weakly.” With more experience, those circuits become hardwired and the learning becomes automatic.

For some children, learning a second language happens within the home, through parents, beginning at birth. Children raised in a bilingual environment often have a dominant language, or one that they excel in, that is most often spoken in their everyday life. According to the American Speech-Language-Hearing Association, it is never too early to introduce a child to a secondary language, and learning two languages will not cause any speech or language delay problems for children.

It is never too late to learn a foreign language. The adult brain is always ready for new information, and by using repetitive methods and immersion, the older brain is able to absorb new language learning just as well as a young child’s.

Clever Ways to Teach About Giving

One Response to Language Learning and Age