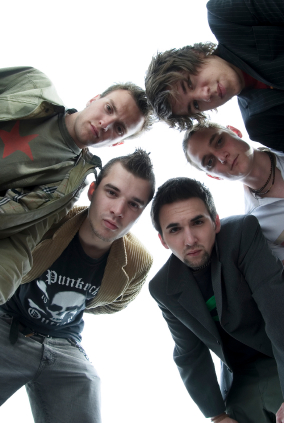 Throughout life there are many times when outside influences change or influence decision-making. The young child has inner motivation to learn and explore, but as he matures, finds outside sources to be a motivating force for development, as well. Along with being a beneficial influence, there are moments when peer pressure can  overwhelm a child and lead him down a challenging path. And, peer pressure is a real thing – it is not only observable, but changes the way the brain behaves.

As a young adult, observational learning plays a part in development through observing and then doing. A child sees another child playing a game in a certain way and having success, so the observing child tries the same behavior. Albert Bandura was a leading researcher in this area. His famous bobo doll studies found that the young child is greatly influenced by observing other’s actions. When a child sees something that catches his attention, he retains the information, attempts to reproduce it, and then feels motivated to continue the behavior if it is met with success.

Observational learning and peer pressure are two different things – one being the observing of behaviors and then the child attempting to reproduce them based on a child’s own free will. Peer pressure is the act of one child coercing another to follow suit. Often the behavior being pressured is questionable or taboo, such as smoking cigarettes or drinking alcohol.

Peer Pressure and the Brain

Recent studies find that peer pressure influences the way our brains behave, which leads to better understanding about the impact of peer pressure and the developing child. According to studies from Temple University, peer pressure has an effect on brain signals involved in risk and reward department, especially when the teen’s friends are around.  Compared to adults in the study, teenagers were much more likely to take risks they would not normally take on their own when with friends. Brain signals were more activated in the reward center of the brain, firing greatest during at risk behaviors.

Peer pressure can be difficult for young adults to deal with, and learning ways to say “no” or avoid pressure-filled situations can become overwhelming. Resisting peer pressure is not just about saying “no,” but how the brain functions. Children that have stronger connections among regions in their frontal lobes, along with other areas of the brain, are better equipped to resist peer pressure. During adolescence, the frontal lobes of the brain develop rapidly, causing axioms in the region to have a coating of fatty myelin, which insulates them and causes the frontal lobes to more effectively communicate with other brain regions. This helps the young adult to develop judgment and self-control needed to resist peer pressure.

The teenage years are exciting years. The young adult is often going through physical changes due to puberty, adjusting to new friends and educational environments, and learning how to make decisions for themselves. Adults can offer a helping and supportive hand to young adults when dealing with peer pressure by considering the following:

Separation: Understanding that this is a time for the child to separate and learn how to be his own individual is important. It is hard to let go and allow the child to make mistakes for himself, especially when you want to offer input or change plans and actions, but allowing the child to go down his own path is important. As an adult, offering a helping hand if things go awry and being there to offer support is beneficial.

Talk it Out: As an adult, take a firm stand on rules and regulations with your child. Although you cannot control whom your child selects as friends, you can take a stand on your control of your child. Setting specific goals, rules, and limits encourages respect and trust, which must be earned in response. Do not be afraid to start talking with your child early about ways to resist peer pressure. Focus on how it will build your child’s confidence when he learns to say “no” at the right time and reassure him that it can be accomplished without feeling guilty or losing self-confidence.

Stay Involved: Keep family dinner as a priority, make time each week for a family meeting or game time, and plan family outings and vacations regularly. Spending quality time with kids models positive behavior and offers lots of opportunities for discussions about what is happening at school and with friends.

If at any time there are concerns a child is becoming involved in questionable behavior due to peer pressure, ask for help. Understand that involving others in helping a child cope with peer pressure, such as a family doctor, youth advisor, or other trusted friend, does not mean that the adult is not equipped to properly help the child, but that including others in assisting a child, that may be on the brink of heading down the wrong path, is beneficial.

Kids, Social Media Use, and Cyberbullying: the Role of Parents Read More

One Response to Peer Pressure and the Young Adult’s Brain