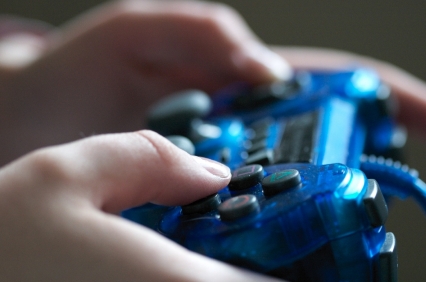 This is an amazing time we live in. Technology is advancing every day leading to new ways to do things, problem solve, and educate ourselves. As well as being extremely entertaining, digital games are also introducing youth to new concepts and areas of learning. In fact, playing video games may have great benefits for the educational system when used correctly.

Video games came onto the scene in the 1970’s through the rudimentary Magnavox Odyssey, but when Atari Pong was introduced in the mid 1970’s, Atari started a video game movement that is still going strong today. Currently, Sony Playstation and Nintendo Wii dominate the gaming market. With much evolution from the original Magnavox Odyssey, games are now interactive, where the player actually does movements while playing a game.

Digital game-based learning (DGBL) is an instructional method that incorporates content and learning principles in a video game format with the goal to engage and educate learners. The concept draws from the constructivist theory of education and can be applied to all subject areas and learning levels. With the understanding that each child is different and learns in her own individual way, constructivist thought encourages the child to follow her inner instinct and make decisions through trial and error. When playing video games, a child is exposed to entertaining material, but not all games are designed the same. There are several organizations and companies striving to create classroom, as well as home friendly games that are not only fun, but quite educational.

Tapping into a child’s desire to play video games is key. On the average day, many children spend as much time playing video games as they did learning in school. Although many assume spending all those hours behind a joystick is just promoting violence and bad health habits, video games do encourage kids to problem solve, hone reflexes, and build vocabulary. With the advancements seen with interactive games and games including movement and moveable controllers, those couch potato habits are also being broken.

Video gaming is advancing every day, with the newest educational and entertainment games heading to virtual reality. PBS Kids is exploring using “augmented reality” or computer-generated content combined with real-world images for games. The hope is to engage kids through the exciting aspect of wonder, hooking them in for the learning component. Games are being created for kids as young as four or five, along with smart-phone applications appropriate for preschoolers. The PBS Kids’ creations are being supported and backed by a grant from the U.S. Department of Education, proving that video games are not just about fun and games, but also the advancement of our youth.

Until these educational and interactive video games are available to the public, parents and educators should take an active role in observing what types of games children are playing, and if they are age appropriate. It is estimated that ninety-seven percent of teenagers currently play video games regularly, many starting before the age of ten. With some kids leaning toward engaging in violent or inappropriate game choices, taking a role in playing games with children aides in education and understanding of the potential hazards of certain games.

Some schools are taking an active step in integrating game-based learning within the classroom by providing game-based instruction that has not been included in traditional teacher training of the past. When an educator integrates technology successfully within the classroom, students are engaged and introduced to new material in an interesting way they can relate to. Games are a way to challenge and motivate a player, and since the beginning of time, have helped entertain and educate.

Colleges, such as Idaho State University, are taking an active role in introducing College of Education undergraduates to the power of technology in the classroom. Not only are students playing Wii and testing out new games, they are creating lesson plans to correlate with playing the games and learning. The main goal is to encourage future teachers to educate the 21st century learner through advancements in technology. And that is not just through playing video games, but participating in podcasts and other Web 2.0 technologies.

Because digital-based learning is still such a new phenomenon, the verdict is still out on whether digital-games can be truly beneficial in the classroom as a teaching tool, but for now, educators and parents are finding playing educational games to be a fun and exciting way to bring technology and learning into the classroom and at home.

Meditation and Memory Development of the Young Child

Meditation and Memory Development of the Young Child Read More