We recently covered standardized testing, and all of the associated pitfalls, and while it can be easy to know what you don’t like about rigorously testing students, the next question often becomes, “okay, so how do we replace it?”

That’s where it becomes a bit trickier.

For all of the downsides of standardized testing, it does still hold some purpose—primarily as a way to make schools and teachers accountable. Accountability is important, particularly when billions of dollars are being spent on education in this country.

With that being said, as more and more money pours into the education system, and more and more tests are utilized, it would be safe to say actual education continues to fall short.

So what’s the solution?

A Piece of the Puzzle 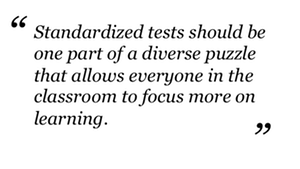 Our article on testing focused not just on the fact that standardized tests exist, but instead that the U.S. education system seems to be obsessed with them.

Rather than being the only way to assess students, teachers and schools, standardized tests should be one part of a diverse puzzle that allows everyone in the classroom to focus more on learning and less on penciling in bubbles.

With multiple types of assessment put in place, there’s much less focus on the scores of standardized tests, and students and teachers are provided with more freedom from the shackles of testing. Students also have more opportunities to showcase their knowledge and abilities, regardless of their individual learning style.

So what are these multiple forms of assessment?

Many educators are increasingly speaking out in favor of including portfolio assessments, which allows for the evaluation of a body of work, versus taking a snapshot of one moment in time, the way standardized tests tend to do. This could be any body of work, from English essays to math or science assignments.

Portfolios not only pave the way for a richer classroom experience, but they also show the evolution and process of learning for a particular student throughout the entire school year. Proponents of portfolio assessment say it’s a great way to gauge progress, and isn’t that what learning is meant to be about?

It may sound like a novel idea, but it’s already being used in countries like Australia and Britain, and even in the U.S., in Vermont.

There are still opportunities for accountability with this type of testing, including scoring based on standardized rubrics. In order to avoid unfair scoring, advocates say a good method is to randomly sample portfolios and rescore them.

Random sampling will not only provide consistency, but will also allow for comparisons to be made between classrooms, school districts, states, etc.

The portfolio assessment concept is picking up steam not just because of the advantages in terms of learning, but also because of the development of new technology that would make it easier to manage, such as Knowit, which is an app that provides a platform to collect and share work—essentially an e-portfolio. 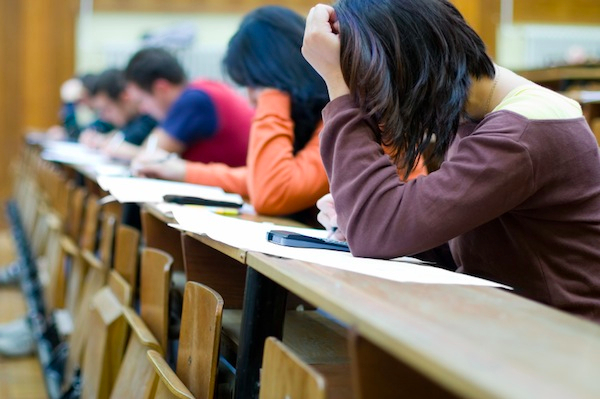 What better way to prove you’ve learned something than to perform a task based on that learning?

That’s the theory behind performance-based assessment, which asks students to either work alone, or as a group to solve a problem or complete a task applying what they’ve learned throughout the school year.

Fans of this type of assessment say it’s much closer to how students will be assessed in the “real world,” and it’s also a great way to foster a sense of innovation and problem-solving that’s lost in the land of the standardized test.

Students may approach the tasks in unique and different ways, and to ensure consistency in scoring there could be a clearly defined rubric, and perhaps students could be evaluated by an independent panel to assess how well they achieved the tasks at-hand.

Portfolio and performance-based assessments are at the top of the list to replace some of the standardized testing in this country, but there are other options floating around as well.

One idea is the use of badges, similar to the Boy or Girl Scouts, which awards students with badges when they’ve successfully mastered a particular skill in the classroom. New technology is creating a method for the badge system. One of the most well-known programs is Code Academy, which lets students accumulate points and badges as they complete certain exercises.

It’s also worth noting that many of these alternatives to testing would not just create a better learning experience, but could also end up costing school systems much less than what’s in place now. Standardized testing is incredibly expensive, and often bears little results in terms of the quality of education, and with the advent of new technology, it may become possible to simultaneously stretch education budgets further, while also improving learning.

What about you? What do you think the alternative to standardized tests is?

Measuring Merit in the Classroom

One Response to So You Don’t Like Standardized Tests—What’s the Alternative?