MOOCs: Could An Online Model Create a Revolution in Education?

Posted on May 22 2014 by Ashley Sutphin Watkins

Higher education is something to dream of; to aspire to. Students across the country and the world dream of applying to and being admitted to these pillars of higher learning, where the image is of a place where everything is covered in ivy and full of opportunity. At the end of a fulfilling four years, students see that rewarding career waiting to drop into their lap.

Yes, there are still amazing institutions of higher education throughout this country, but most students who apply aren’t admitted. It’s simply too competitive. No longer is it enough to have impeccable grades and a stellar resume when there are thousands of other students all clamoring for a position.

If you are one of the lucky few to gain admittance to one of these top-tier schools, you’ll likely find a massive amount of debt waiting for you at the finish line, as you struggle to find employment in a market that’s even more competitive.

The stereotypical image of the beautiful college campus filled with inquiring young minds eagerly interacting with wise and caring professors is quickly being replaced. More and more students are turning to community and technical colleges to gain training for specific careers, and the image of students is no longer fresh-faced kids from Middle America. Instead, students can encompass anyone from the working single mother, to the man in his 50s who wants to advance his career or find new options after being laid off.

Amidst this changing image of higher education is a novel concept that’s playing an increasingly important role in how we see the learning process: Massive Open Online Courses or MOOCs.

Just How Massive Are MOOCs?

Since about 2012 these free online courses have been making big waves. Distance education has been around for quite some time, first in the form of correspondence courses, and then individual public and for-profit universities began offering online courses. Students were able to study from “the comfort of their own home” and earn a certificate or degree. While these courses offered a level of convenience, there was generally nothing inexpensive about them, and in most cases the level of education wasn’t even close to what you’d receive at an Ivy League establishment.

MOOCs turn all of these traditional concepts on their heads. Students can choose from any number of courses, offered by some of the most prestigious universities, and they’re free. That means a student in a remote location in South Africa has the ability to learn from Harvard and Princeton professors, as long as he or she has an Internet connection.

The “Massive” part of the title comes from the fact these courses are intended to serve tens of thousands of students, providing open access to lectures and educational materials from the very best of the best.

What’s also unique about MOOCs is the social networking format. Often students create profiles similar to what’s seen on Facebook, and they’re encouraged to engage with other students, including in their local area. This format can be used as an opportunity to connect, with the goal of doing everything from creating study groups to building career opportunities. 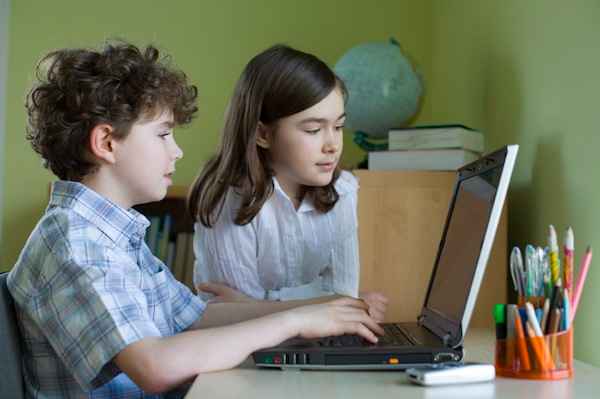 Students are required to show they’re keeping pace. It’s not simply about logging on and watching a lecture. Throughout these courses there’s everything from pop quizzes to written assignments, all of which are graded, just as they would be in a traditional lecture course.

There are for-profit companies getting in on the game, such as Coursera, which is the world’s largest producer of MOOCs, and universities also offer their own programs, including Stanford and M.I.T.

Sites like Udacity are not just focusing on the quest of learning in and of itself, but also on career prospects by creating courses in conjunction with companies like Google and Microsoft.

While most of these courses don’t currently carry credit, many anticipate the future of MOOCs will be similar to what’s seen with AP courses at high schools, where
students may be able to apply earned credits toward a university degree. Recently the California state senate became the first to pass a bill that would require colleges to give credit for approved MOOC courses.

The benefits of MOOCs are tremendous. Students from all walks of life can gain

access to unparalleled learning opportunities that would not otherwise be available. Whether it’s someone who just enjoys learning for learning’s sake, or a person who wants to advance their career, it’s relatively simple to learn from some of the best and the brightest in any given discipline. This is not only advantageous for students in the U.S., but also throughout the world, where there are extremely limited educational opportunities.

Additionally, the U.S. post-secondary education system is overloaded with students, and even many community and technical schools have lengthy waitlists. Resources are strained, teachers are overworked, and students are frustrated with these limitations, but by introducing MOOCs, there’s the potential to remove some of these burdens and provide a higher quality of learning.

The thinking is also that MOOCs will improve the level of teaching. Professors will be competing with the best of the best, creating an environment ripe for improving educational and lecture techniques. In an online video format professors can’t rely on stale Powerpoint presentations for lecture after lecture. Instead they’re forced to be inventive, fresh and relevant in order to attract and retain students and remain competitive.

Despite the advantages of this new format of online learning, it’s not without its downsides, many of which are rooted in the technicalities. For example, how does grading work when there are 30,000 students enrolled in a course? Professors often have TAs working to grade, and many of the assignments are also graded electronically, but how does a machine accurately assign a rating to a literature paper?

Similarly, what about the student who isn’t prepared for the coursework but enrolls anyway? In an environment so dependent on virtual discussion does this student drag down the quality of learning for everyone else?

Finally there’s the more theoretical questions. An elite education is about more than the classroom lecture experience, and is it something that can really be replicated in an online format? Those years spent at a university are about living and learning amongst other people from diverse backgrounds, and creating a social network that you can use well into the future. Is that something that can be found with online education?

And only time may tell, but just how important is an intimate face-to-face interaction in higher education? At what point does that interaction count the most?

These are all questions that have really yet to be answered, and while there are numerous kinks to be worked out, you can’t help but think of the beauty of a system that lets the blue collar worker from the Midwestern United States study electrical engineering from an M.I.T professor, or the teenager from China take a Duke course on literature. MOOCs have the potential to not just revolutionize higher education, but eventually there’s the possibility of an impact being felt within the entire education system.

To learn more, check these 3 great MOOCs for your kids.

What’s your opinion about MOOCs?

The Three Elements of Great Teaching

0 Responses to MOOCs: Could An Online Model Create a Revolution in Education?