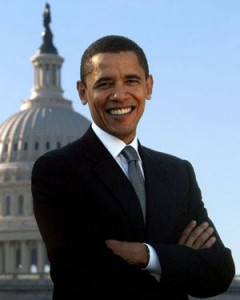 President Obama is scheduled to deliver his State of the Union address on January 25. According to Secretary of Education Arne Duncan, the address will highlight the president’s commitment to education. “No one I’m talking to is defending the status quo,” Education Secretary Arne Duncan said in an interview.

What can we expect from the president? Despite repetitive claims by Secretary Duncan that this administration wants to challenge the status quo, their proposals seldom do much to change current practices in any meaningful way. It is refreshing to see the president favor the easing of testing requirements. Giving teachers more time to teach is one way to improve things. But the emphasis remains on raising standards, as if doing so will have an impact on the one group that matters most: students. Well-intentioned adults can jabber all they want about raising standards, but unless we find a way to engage and inspire significantly more students, all the talk about raising standards is just that: talk.

Secretary Duncan and President Obama are both sports enthusiasts. They should know that the teams that typically have the most success are the ones who focus on playing the game the right way. They don’t focus too much on the goal. Rather, they stay very much in the moment, believing that long-term success is more likely when it doesn’t distract them from what needs to be done now. Most champions go about their business, play the game properly, and trust that the cream will rise to the top.

The same applies in education. Rather than focus on raising standards and getting so many kids into college, and all the other alleged markers of success, let’s really challenge the status quo and put our time and energy on creating engaging, need-satisfying classrooms for students and teachers alike. Let’s build positive relationships, create relevant lessons, and give every student realistic challenges.

Somehow, I’m not expecting that will be suggested in the State of the Union address on January 25. Sadly, we’ll probably be served another helping of the same old thing couched in language designed to make it seem innovative: “Meet the new boss. Same as the old boss.”