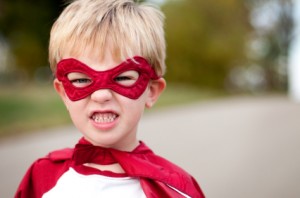 I wrote a piece last week about Waiting for Superman, the movie that harshly criticizes traditional public schools and argues that charter schools provide the best chance to create a quality educational experience for students. I found the movie disturbing because it distorts information and relies on emotionalism to prove its point.

As audience members follow the fortunes of several youngsters who have applied to some exemplary charter schools, it’s hard not to root for the kids to win the lottery and have a chance for a great educational experience. When several of those students “win,” we are excited and happy for them and their parents. When some “lose,” it is truly heart wrenching because the creators of Waiting for Superman have set up a world that depicts traditional public schools as abysmal and charter schools as saviors. (More on that in a minute.)

In one of the closing scenes we are told, “We know what to do.” At this point, the creators’ argument has been so well established that most audience members are duped into believing that the obvious “know what to do” is tear down the traditional public school system and replace it with the far more effective charter school model. But it’s an emotional ploy, predicated on what we have been watching. It glides right over the following significant factors:
1. the students in the movie very much want to attend the charter schools they have applied to;
2. students in all charter schools apply for admission, a proactive behavior that differentiates them from their peers at traditional public schools;
3. the parents want their children to attend these schools and give strong support;
4. the parents we watch during Waiting for Superman are engaged and involved in the education of their children, something not particularly common in many traditional public schools.

So, yes, “We know what to do.” Give teachers students who want to be there, ones who come from supportive, involved homes where education is valued and teachers are supported. If teachers in traditional public schools had students in their classrooms who wanted to be there and learn what the teachers were teaching….and if the students were fortunate enough to come from homes where parents had the resources to support their education…..we wouldn’t have the educational difficulties that plague us today.