Redshirting in the Age of Academic Kindergarten 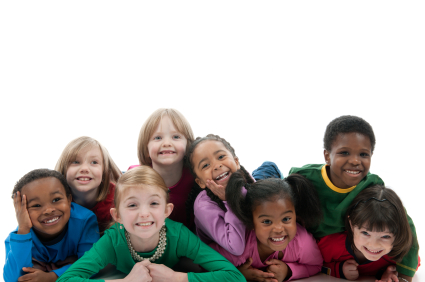 Every September, the incoming group of kindergarteners becomes ever so slightly older.  When I had my daughter almost twenty years ago, I remember a friend of mine exclaiming, “Oh, you’re so lucky, she’s birthday-blessed!” The term referred to her fall birth date, and the fact that she would automatically be one of the oldest students in her class. But in this high-octane world of parenting, we are seeing an increasing wave of academic “redshirt” decisions, especially for “Summer Birthday Boys,” in an effort to give them an academic, social, and athletic advantage by orchestrating their position among oldest and biggest in their grade.

Redshirting borrows its name from a college sports euphemism for athletes sitting out a year, prolonging their eligibility, so that they will be older, larger, and stronger when they finally do take the field.

In this new academic kindergarten, math stations have replaced sand tables, and fitting in time for recess is an ongoing struggle. Focusing less on the development of social skills and more on the development of academic skills represents a seismic shift in the traditional purpose of the kindergarten year, and one that can prove harmful to some students, perhaps to be explored further in a future article.

Balancing Research with Each Child’s Development and Needs

Blame it on No Child Left Behind, but we now have a kindergarten arms race where school and state obsession with test scores, parental competition and anxiety, and teacher preferences for older students have changed the very nature of a child’s first year of elementary school. There are many variables that parents should consider in determining the optimal year for enrolling their individual child in kindergarten, as well as many collective pros and cons that we all should ponder. The research is both contradictory and inconclusive as to whether redshirting works and for how long. While analysis of the research is both interesting and important, it is far less important than looking at one’s own unique child and ascertaining what is best for him or her.

What is Best for Students and their Learning?

There seems to be agreement among educators that younger children given another year to mature enter kindergarten with greater confidence, social skills, ability to focus, and readiness to learn. There is a documented initial boost in reading skills, math skills, and general knowledge. I would also add that the movement away from half-day kindergarten towards full-day kindergarten—while I think driven as much by the needs of working parents and working teachers as by the needs of students—is better managed by six-year-olds than five-year-olds. Personally, I’m glad that my daughter went to kindergarten when it was still a half-day program. Even though one of the oldest in her class, she still needed to nap, and did not yet have the energy for a full day of school. Redshirted children (and those used to a full-day preschool program) will be more likely to successfully face this demand, although I continue to question its appropriateness.

There are also several factors that most researchers agree call into question the efficacy of redshirting. If children with late birthdays are very bright, they may be bored if held back simply because they are chronologically young. If older upon entrance, they may also have difficulty relating to younger classmates, and may be found intimidating by them.

It is debatable whether the initial leg up a child receives by delayed entry is maintained over the long run. I have noticed that by grade 3 or 4, much of the benefit has faded away as children shift from learning to read to reading to learn.

Perhaps the most concerning aspect of redshirting, at least in my experience, is that, in retrospect, it is often done disproportionately to children with undiagnosed special needs who at the time were judged to be developmentally behind, but in fact were in need of special education services, not another year to mature. Children with learning disabilities who are redshirted or retained in Kindergarten lose any accrued benefit very quickly and are then simply older children with special needs that still must be addressed.

How Do Parents Decide?

Parents who want to avoid possibly needing to hold their child back during a later year in school when it would be socially devastating are the first to redshirt their children, especially boys who tend to develop more slowly than girls. Parents of girls often make the opposite decision, fearing that their daughters will hit puberty and begin menstruating while younger female classmates are still playing Hello Kitty games.

Other factors parents should consider include whether they can afford an additional year of child care; how easy or difficult it would be to arrange for their child to skip a grade if redshirting turns out to have been a poor decision; whether they are comfortable with the idea of their child driving before his or her peers, and being 19 years old while still in high school; and whether they support delaying their child’s ultimate college and/or workforce entrance by a year. Some families also have concern about changing the spacing in school years between siblings, especially when the older child is only one grade ahead of the younger child and a redshirting decision would place them in the same grade.

Advantages and Disadvantages to Teachers and Schools

Any kindergarten teacher will tell you that it is easier to teach more mature students who are socially skilled, well-behaved, can focus, sit still, and acquire basic academic skills. Older students are more likely to meet these expectations than younger ones. However, teachers will just as quickly tell you that the vicious cycle of kids being older upon entrance, needing more rigorous curriculum, edging out younger students, and thus increasing the incidence of redshirting is not a productive situation. Someone needs to be the youngest, and someone always will be, regardless of the amount of jockeying. The common 18-month age-span in kindergarten classrooms resulting from redshirting also makes it difficult for teachers to manage group behavior and differentiate instruction.

But schools enjoy the higher averaged standardized test scores achieved by older students. This is troubling because the more affluent middle- and upper-middle-class school districts have parents who can financially afford the extra year of childcare that comes with the territory of redshirting, while districts comprised of poorer families have parents who can’t afford to make the same advantageous decisions for their children. This obviously increases the achievement gap between wealthier and poorer school districts, a divide that also often falls along racial lines.

While I wish that the culture of education would shift towards kindergarten being ready for kids rather than kids needing to be ready for kindergarten, it is incumbent upon parents to decide when to initiate their child’s school journey. The current parental climate of anxiety, competitiveness, and keeping up with the Joneses is not helpful to this process. For most children, kindergarten entrance is not complex, but for at least 10% of them, it can be tricky. In these instances, parents are best served by consulting with their child’s preschool teacher and potential kindergarten teacher, as well as by considering the results of kindergarten screening and the advice of a school psychologist or educational consultant. There are no hard and fast rules. Most importantly, the anxiety this decision can cause for parents must not be projected onto the child. For the most part, young children are remarkably resilient and will buy into any decision their parents make that is expressed with confidence. The self-fulfilling prophecy works in both directions!