The iPad2 for Schools: Effects on Education and the Digital Divide 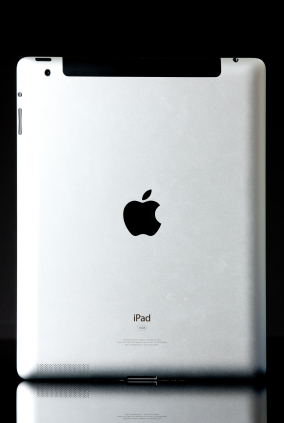 Sigh. Is it just me, or does the current hyper-focus on technology in the classroom leave anyone else just a little bit cold? Tech-hungry teachers and students are licking their chops.  Design fanatics are genuflecting at the feet of Steve Jobs. Do I risk professional suicide if I propose that there is an underbelly to the iPad2, and similar technology, that we should be thinking and talking about?

When Steve Jobs recently catapulted his latest Apple creation into the marketplace, even the buzz from former tech rival Bill Gates’ ill-informed pontification about the “benefits” of increasing class size was reduced to a dull roar. It seems that everyone who’s anyone has something to say about education these days, and that’s not a bad thing. Technology and the Internet allow all of us to have something to say about education, which broadens the stage for this very important and timeless discussion.

At first my iPad2 cynicism was directed at yet another expensive piece of hardware that would require infrastructural tech supports that rarely exist in poor school districts. Here again was another shiny new toy that could potentially further widen—or, conversely, narrow—the digital divide. It took some deep digging to find the few articles that addressed this issue evenhandedly. It was as if the ubiquitous slogan that “education will be revolutionized” obscured the very real problem of equal technology access across the socioeconomic spectrum. Theoretically this new technology could be deployed in schools throughout the country to enhance (even revolutionize) student learning, but could it really? Did Apple, the tech pundits, the academic intelligentsia, and all of the people in the educational trenches really care one way or the other? The coming of the iPad2 seemed only slightly less momentous than the coming of…well, let’s leave religion out of this.

Can We Have it All?

Whenever something is added to this plate called Education, something else must be removed. Lest anyone think I am a technophobic dinosaur romanticizing the days of one-room schoolhouses and chalkboards, let me clarify that I love technology, use it every day, and have observed its benefits to teachers and students for many years. Used effectively, there is no doubt that technology provides many powerful learning tools with a permanent and well-deserved place in a teacher’s toolkit. Technology isn’t going away and it shouldn’t. It is in the classroom, the workplace, the home, and many other environments—to stay. My concern involves what it may be replacing. Do we want to examine this as seriously and critically as we do the benefits of the new technology, if for no other reason than to thoroughly understand the trade-off, if there is one? Perhaps new technology will allow teachers to gain more free time that can then be spent nurturing and guiding students in other important ways. I might soon drink the Kool-Aid, but for now I want to think about it a little longer.

I’d like to raise the issue of the appropriate balance between the role of technology in children’s education, and the role of human beings in their education. Putting aside questions about the iPad2 widening versus narrowing the digital divide, what will be the effect of increasing the time kids spend with computers, other technology-assisted classroom learning, and even full-blown online learning, while decreasing the time students spend forming personal relationships with teachers, knowing them and being known, and being academically, socially, and emotionally mentored by caring adults? How will upping the incidence of multi-tasking (and the resulting divided attention), increasing the role of information processing in learning, and boosting screen time affect students’ learning and developing brains? A recent study by the Kaiser Foundation found that today’s excessive media consumption via mobile technology among 8 – 18-year-olds is contributing to lower grades and decreased personal satisfaction. Can the new academic technology really fit seamlessly into the necessary human relationships, and harmlessly into child cognition and achievement?

We are already seeing the effect of plugged-in kids (and plugged-in adults) on individual social functioning, one’s ability to focus and concentrate, and on family cohesion, to name but a few areas of concern. And is this analysis equally relevant to all students, families and schools, or does it differ along racial, socioeconomic, or cultural lines, just to mention a few demographic touchstones? For example, should we be concerned about the touted benefits of online instruction for disadvantaged students who arguably need less time in their home environments and neighborhoods, and more time in school in the presence of positive adult role models? Or, if these students populate large unruly classes in crumbling school buildings, should they spend more time learning remotely from satellite locations? It is not an easy question. Steve Jobs does not have the answer for that, but he would probably agree that no one wants kids falling through the net, pun intended.

Technology and the 3 R’s

Among the many enthusiastic articles, blogs, and discussion threads about our new educational technology revolution are a few, somewhat quiet, rather tentative voices asking, “But what about deep reading skills? What about writing?” What about them? The iPad2 and similar devices will surely save some trees, and that’s a good thing, but, assuming these mobile devices eventually cross the digital divide and get into the hands of every child in America, do we have anything to worry about as well as celebrate? I think we do. Reading on screens encourages skimming and undermines comprehension. Typing on touch pads is difficult. Math has become increasingly disconnected from computation by hand. Some educators feel the tail is wagging the dog, but opinions do vary.

Teachers Being “Screened” Off from Students

Technology is compelling, exciting, and empowering, but if not used thoughtfully, can also become an easy wall for teachers to hide behind when confronted with difficult or distractible students. We’ve all heard the comical stories about teachers catching their students on FaceBook or Twitter in class because, behind their laptops at their own desks, they, too, are on FaceBook or Twitter. Working on the front lines with kids can be really hard. Technology can be a lubricant in that process, or the grease that allows everyone to skid off the road.

Where Do We Go from Here?

While it has long been said that academic institutions change more slowly than any others, and for good reason, this is perhaps no longer the case. When I was a school administrator, the joke was always that the kids could keep ahead of the technology, while the adults were forever chasing both. I do believe that our children are growing up in an increasingly disconnected world—socially, emotionally, and geographically. Educational technology offers the opportunity for kids to be “connected” in many different ways, even socially, even globally. Is this sort of virtual connection a viable substitute for real connections among kids, and between kids and adults in their schools, families and communities? I think it is a question of emphasis, not of essential value.

Used strategically, educational technology has the power to change lives for the better. Used indiscriminately for the sheer awe of it, not so much.

What is Social Emotional Learning and Why Does it Matter?

What is Social Emotional Learning and Why Does it Matter? Read More

Interactive Modules for Maurice on the Moon-Interactive

Race to the Top: An Invitation to the Bad Old Days

Race to the Top: An Invitation to the Bad Old Days Read More