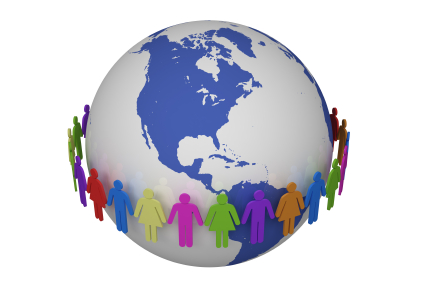 I had the pleasure of working with a school in New Zealand yesterday. This particular school has been studying and applying Choice Theory for a number of years. The topic yesterday was “Continuing the Journey.” In addition to the school staff, there were a few visitors, including one very well respected member of the Maori community who teaches in one of the local secondary schools. He and I had the opportunity to chat during our morning “tea,” a wonderfully relaxing mid-morning tradition that puts the typical American “break” to shame! Because he wasn’t part of the school and was less familiar with Choice Theory, I asked him if he was enjoying the presentation and finding it useful. His comments to me were particularly interesting.

First, he said that even though he had no formal exposure to Choice Theory, the concepts were ones he could easily relate to and value. What I found most interesting is when he said something like this – I’m paraphrasing here: “I like the ideas and concepts, and I don’t know if you noticed, but all of us Maori really paid close attention when you told stories. We like the content, but it’s the stories that make it all real.”

At first, I thought his comments were not exclusive to the Maori culture. People who attend my sessions in the United States generally appreciate the anecdotes I weave into my presentations. “You make it ‘real,’” they say. My most recent books, Activating the Desire to Learn and The Motivated Student, both include numerous stories or case studies because I know people find them interesting and illustrative.

As I’ve given some thought to the comments made yesterday to me, however, I think there are cultural differences that are both meaningful and important. Generally speaking (I already feel myself heading down a slippery slope), white people of European descent are more comfortable with concepts and ideas disconnected from context. I appreciate an illuminating anecdote, but I can be quite engaged by something purely conceptual. In the Maori culture (and I suspect other cultures that have a strong oral/aural tradition), stories and relationships are essential. Contextualizing information and personification allow information to be passed on from generation to generation and help a cultural identity to be solidified.

It has been less than 24 hours since I had this conversation and I need to do more thinking about this, but I’m thinking that cultural nuances are important. To connect more successfully with one another, we need to recognize and honor those things that distinguish us from one another as well as those things we have in common.

One Response to A Cultural Lesson Learned