Science and the Citizen

“Why do I gotta learn this stuff? I’m never going to use it!” 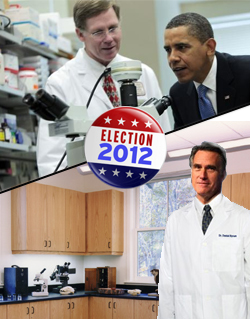 Many teachers have wished for a nickel every time they heard this particular classic phrase spring from a defiant youngster’s mouth in the classroom. In a real way, the youngster’s complaint is valid even though it is definitely not offered as constructive criticism! The relevance of what we do in the classroom is a great concern to many, not the least of whom are the students we try so hard to serve.

So why do we have to learn this stuff?

The real fact is that any time we go shopping, compare two competing products, or select a politician and vote for them, we are using (or abusing) the scientific thinking skills that we all learned in school. Which battery lasts longest? Which food has better nutritional value? Which toilet tissue is most absorbent? Which candidate’s plan will do more to stimulate the economy and provide new jobs? Which medical treatment offers a better chance of survival when a doctor diagnoses a patient with cancer? From the mundane to the profoundly transformative and life changing, all these decisions require the ability to gather data and organize it, to analyze and interpret the results. We have to be able to spot false or misleading information and sort it out from the more accurate bits. We have to have a profound understanding (and respect) for the concept of cause and effect.

All these skills I’ve spoken of: framing questions and gathering data, organizing and analyzing information, interpreting and implementing plans based on results; these are all verbs. Science is a verb! Science is profoundly an activity that we do, not a series of facts that we memorize – this idea has been lost in too many schools and classrooms across the nation. A science program that does not engage the student in science activities is unworthy of the name. As with any other skill, from baking to bowling, we get better with practice. Every student should engage in scientific practice such as observation and experimental laboratory activities at least once a week.

Scientific thinking also includes a healthy dose of humility before the facts. We cannot judge a hypothesis correct because we wish it to be so. As someone once said, “You don’t do science to prove you are already right; you do science to become right.” Humility before the facts doesn’t mean blind obedience, either. A good scientist can, and must, question everything. No assumption is to be taken for granted; there are no sacred cows. Craftsmanship is appreciated, and error is never tolerated or glossed over. No appeals to faith, gender, creed, ethnicity, or national origin are relevant here. Data has no gender, and truth has no ethnicity. Science regularly tests our integrity by asking us to abandon old comfortable and familiar ways of thinking and accept new and uncomfortable truths like relativity, quantum theory, genetic evolution and the big bang.

“Okay, alright! But really, dude – why do we gotta learn this? What are we going to ever use it for?”

Gee, I don’t know, all that data gathering, analyzing, comparing information, deciding what’s relevant and what isn’t… who needs all those scientific skills, anyway? Hmmm… anyone ask you to vote for President lately?

Observational Learning and the Young Child