Notes from the (Achievement) Gap 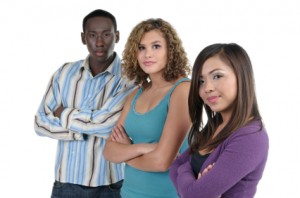 First, the good news: the much-lamented achievement gap between white and black students in the United States has been slowly but steadily narrowing over the last two generations.

So on the one hand, we have an encouraging development in the direction of color-blind opportunity for all of our children. On the other hand, the growing gulf in educational achievement as measured by tax brackets is distressing, and is all of a piece with the larger national…ahem, dialogue about the haves and the have-nots.

Recent data suggest that family income is more predictive of school success than race. This is no shocking revelation, but the real news is the potency of that trend. The gulf between rich and poor students is widening at a rate that threatens to undermine the promise of equal educational opportunity for all our children.

In these  Occupy Wall Street days, living in the collective” A-ha! moment” the OWS movement occasioned here and around the world, isn’t it only a matter of time until the frustration and discontent over educational inequality bubbles over into full-blown social unrest?

To be sure, we’re not talking about the 1% vs. the 99%. Studies suggest the unequal distribution of educational achievement  is most keenly contrasted in the top 10% and bottom 10% of earners. Still, our collective national idea of public schooling implicitly asserts that all students are created equal, and are entitled to a safe, effective, and thorough public education. When do we take to the streets? Who among us will tweet and facebook up an e-revolution demanding a wholesale redesign of our model for distributing educational opportunity?

The Education Trust is a Washington-based research and advocacy group that aims to level the proverbial playing field. According to its mission statement, the organization’s goal is “to close the gaps in opportunity and achievement that consign far too many young people–especially those from low-income families or who are black, Latino, or American Indian–to lives on the margins of the American mainstream.”

In a recent radio interview, Education Trust VP Amy Wilkins spoke about the two Americas of education. Wilkins cited, for example, the pile of data affirming the value of Head Start pre-schooling for children from low-income families, but noted that those same children most often end up in underperforming schools, as dictated by their neighborhood’s socioeconomics. So “by third grade, the impact of Head Start begins to wane, and that kills me because they blame Head Start for that. But that’s like blaming my gym that I’m getting fat when I stop going to the gym. Head Start recognizes the fact that it takes more to educate poor kids. And if we could take that same ethic up through the public schools, we’d be a lot better off.”

This absurdity — channeling resources into pre-K programming to “level up” kids from distressed areas, and then funneling them right into substandard high-poverty schools where all those earlier benefits peter out — is not simply a microcosm of governmental inefficiency. It’s also a profound cheat of our kids. Why bother giving them a leg up at four if we’re only going to cut them off at the knees ten years later?

Wilkins acknowledges that school funding formulas, even in the No Child Left Behind era, are not designed to ensure equal educational opportunity. “In many states and in many school districts in this country, we have funding formulas that disadvantage high poverty schools, that disadvantage high poverty school districts. So pouring more money through a formula that is unfair is not necessarily the right thing to do.”

But more to the point may be a rigorous cost-benefit analysis of educational spending line items. We have to scrutinize how we spend our dollars, asking of each proposed expenditure, “Will this spending create the greatest possible benefit for the greatest number of students?”  As an example, Wilkins points out that nationwide, “We spend about $18 billion a year on paying teachers who have master’s degrees bonuses for those master’s degrees in education. The research says that whether a teacher has a master’s degree or a bachelor’s degree doesn’t matter, that master’s degree doesn’t add anything, really, to student achievement. So that’s $18 billion a year that we’re investing in something that makes no difference in terms of student achievement. We could reinvest that money in other things that have a bigger impact on student achievement and move a lot of kids a lot further.”

Anyone paying enough attention to be alarmed by the Great Divide in our nation’s schools will acknowledge that the opportunity gap is not just about school funding. At the risk of painting in broad brushstrokes, it’s fair to say that kids in low-income schools show up to class facing greater problems than their more privileged peers. Hunger, poverty, and unsafe neighborhoods don’t provide students with the best atmosphere for learning and growing. It’s also true that these circumstances place extra challenges on teachers. Attracting the most talented and motivated teachers into these challenged learning environments will be an important element of any solution. How we incentivize these professional challenges can be debated, but do it we must.

Of course, the formula for high-performing schools of any stripe is always a function of strong teachers, thoughtful curriculum, and high standards (for teachers and students) across the board. Yadda yadda yadda. And shrinking the gap works from all directions; it’s not enough to just elevate those on the lowest rungs of the achievement ladder. We also have to continue to push those on the highest rungs to strive ever higher. Elevating all of our kids is what each of them deserves, and what our American ideals demand.

Our country promises an equal opportunity to achieve and succeed. Our kids deserve nothing less. The national ethos that opportunity plus hard work equals success is dependent upon access to a high quality education. There’s no quibbling: education is the most dependable bridge from poverty into the middle class and onward. But when that bridge is narrowed, broken, or rendered otherwise impassable to a huge chunk of our kids, then what? If we throw up our hands, stick to the status quo, and allow zip code to be destiny, then  – apologies for the grandiose language – what does America mean anyway?

Are We Driven by Fear in the Education System?

Are We Driven by Fear in the Education System? Read More

Will You Sign My Kindle? Electronic Autographing Read More