Is Your Child “Successful”? 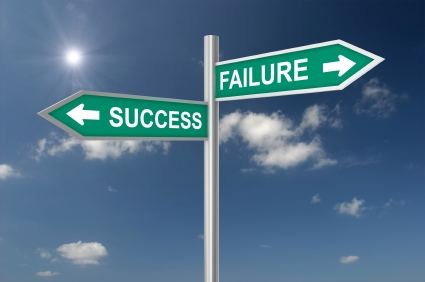 “Is your son successful?”

The question left me momentarily speechless, undoubtedly because it was asked with unabashed innocence. I was in the midst of a conversation with Michael, a 4th grade student I had been asked to speak with because he was having academic difficulty. To build a relationship with Michael, I asked him what he enjoyed doing. He told me that he loved music and planned on being a professional musician when he grew up. In a simple effort to build rapport with Michael, I mentioned him my son was in a band. That’s when he hit me with that simple question that gave me a chance to really think about the meaning of “success.”

“How’s Greg doing?” is a fairly typical question I get from friends and colleagues quite regularly. Most of them are parents and while the interactions are genuine enough, there is a certain preordained ritual to the conversations. Sometimes we are playing the “see how well my kids are doing” game. In those instances, I’m likely to tell them how Greg’s band is frequently touring, how the band is getting some buzz, and how they are hopeful of getting a record contract soon. I’ll usually drop that one of their songs was recently used on an MTV show and that they were well paid. Other times, we’re doing the “complaining parent” dance. On those occasions, I find myself saying something like, “They’re touring a bunch, but their idea of a ‘successful’ tour is when they don’t lose any money.” Both comments are reasonably accurate, but they are part of a ritualized conversation and involve little conscious reflection.

As I sat with this underachieving 4th grade student who I had never met, his question – “Is your son successful?” – one I have heard countless times before but never quite like this – almost created a quasi role reversal. Rather than me counseling him, I was being invited to honestly assess my own parenting. The job of parents is to help their kids become “successful.” Armed with innocence, Michael was asking if I had done my job.

It’s not as if I haven’t given this topic a lot of thought over the years. My wife and I have three children. All are grown. All are on their own. All went to college and graduated in four years. (We made it clear that we were happy to help pay for college but it was a four year agreement.)

A number of thoughts raced through my mind in the few seconds it took me to answer Michael. (It really is amazing how quickly we process information.) I considered my son’s situation. At the time, he was 27 years old. He has a “real job” that allows him to pay his bills. While the job does nothing to feed his soul, it affords him great flexibility and lets him pursue his passion: creating and performing music. He has a lot of friends. He has a girlfriend. He has very little money. He has few material possessions aside from musical instruments and related accessories. He cares about the environment and wants to live a “purposeful” life. I like and respect him. He’s smart, funny, and seems genuinely happy.

“That will be me someday, I hope,” answered this innocent 4th grade student who had given me the chance to reflect upon what matters most to me as a parent.

When I present to parent groups, I typically ask them what they want for their kids. They inevitably tell me they want their kids to be successful. Nice answer, I guess. The real questions are, “What does success mean to you? How will you raise your children so they can achieve success? How will you know if you have done a good job?” In other words, how will you answer the Michael you will inevitably meet some day.

3 Ways to Improve Your Outlook on a Failed Education System