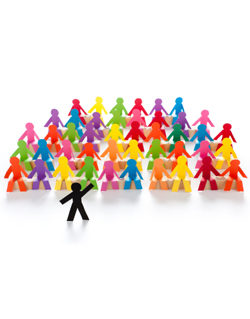 I call it the ‘Birthday Party Rule’ – every parent has a limit for how many children they will allow to attend a birthday party in their home.  It doesn’t matter what the exact number is, every parent has found that when then number of children in a room gets too large, the situation gets unmanageable and the birthday party quickly becomes the birthday riot.  This rule which we all stick to absolutely as parents is somehow forgotten when we talk about staffing school classrooms.

Education is a business, and big business at that.  Millions of students, hundreds of thousands of educators, billions of dollars, and those tremendous standards-based curriculums we expect everyone to get through; it’s a big endeavor no matter how you look at it.  What we fail to remember is that for all Education’s massive size and scope, teaching and learning is an intimate human interaction that occurs between two people.  Teacher and student share an idea or practice a skill together and the student gains knowledge and presumably the ability to use it.  It is a simple idea – until you ask how many people you can teach at once?  Maybe the Guinness World Record people know, but I’m pretty sure I don’t want to try for the record.  Sadly, many of my colleagues across the country are going to make a pretty good stab at it this fall.

When the economy sagged, so did school populations.  Since schools are funded by seat time – literally paid in terms of dollars per student attendee per day – dropping attendance and drooping tax revenues meant that Big Education solved its cash problems by shedding tens of thousands of jobs, letting go non-tenured staff, closing positions, and not replacing retirees.  The school district’s answer to reduced funding and reduced staff means higher numbers in the classrooms across America.  Classes of 35-40 students are common, and some teachers are facing classes of 45-50 students.  A good friend holds the class size record so far as I know – he had a freshman science class of 126 students in a lab classroom built for 32.  This of course was a computer error, and administration promptly reduced the class to just 53 students.

If you are a parent, can you even imagine being alone in a room for an hour with four dozen teenagers?  Now can you imagine trying to supervise these four dozen kids and keep them seated and focused on one activity for an hour?  Now make it an activity the kids probably wouldn’t try on their own in a million years – and it’s your job not only to make them interested in it, but they must become proficient at it – and be able to take a rigorous test to prove it.  Does this task seem any easier if I say you have a “small class of just 36 kids”?  Not really?  Oh, yeah, I almost forgot; if you are a high school teacher, you see five classes of 40+ children each, every single day.  This means that the average high school teacher with 40 kids per class will be responsible for managing and teaching 200 teenagers every day –  a great many of my colleagues in southern California public schools are dealing with these sorts of class loads and more.

I know that this is news to many reading this, and some folks may be thinking this is a joke, albeit in very poor taste.  I assure you that it is not.  If you are skeptical, (good for you!) you have the makings of a fine scientist.  Get some data of your own.  Ask to ‘shadow’ your child in their school for a day and see what their classes are like.  If you don’t like what you see, then join the PTSA and get involved.  There is an election coming this fall, and we need to choose our elected officials with care.  Just being willing to throw money at the problem isn’t sufficient, we need to put qualified educators in classrooms to address these issues.

WEBINAR: “HOW TO REDUCE STRESS AT SCHOOL”

WEBINAR: “HOW TO REDUCE STRESS AT SCHOOL” Read More