Swimming Away From the Lifeboat: What the Charter School Movement is Telling Us 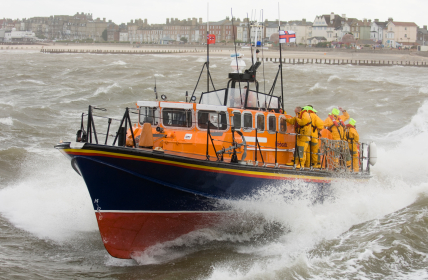 In a series of recent articles, authors in union publications have decried the effects of corporate America to give funding with“strings attached” as “being divisive”, and “punishing our schools rather than helping them”1.  The districts that have accepted this ‘poisoned apple’ from corporate sponsors are portrayed in this piece as being foolish and gullible: “…in this harsh economic climate school districts are especially desperate for money – and corporate philanthropists generally have very deep pockets – schools may take donations without asking important questions.”  Sidebars within the text of the article proclaim “Beware of Corporations bearing gifts”, and “Who’s pulling the strings?”, even “Running schools Like A Business doesn’t work”. (All font size, emphasis, bold and italic, are copied from the original publication.)  Photos within the article show fear, anger, sneers, and looks of deep desperation, starkly contrasting with the smiling photos of happy and successful educators that pepper the rest of the publication.

Seeing a pointed political piece in a union publication doesn’t surprise anyone, but this issue in particular was brought home to me when we enrolled our son in a math-science based charter school in our home district where I also work and teach – and by the reactions I got from friends and colleagues when I told them that my son had been accepted to the new charter academy in town.

Our local academy is much like those described, and reviled, in the California Educator article.  Although it is under the auspices of the local school district, much of the funding comes from private and corporate donors, and yes, there are ‘strings’ and serious expectations attached to such generous endowments.  These expectations do not stop with just the school, they extend to the students and their parents as well. They were stark and uncompromising:  Behave.  Work hard.  Contribute to the common good.  Achieve excellence for yourself.  Perform academically and rise to the expectations, or remove yourself to another campus.

An education may indeed be your right, but being here is a privilege.  The disruptive or uncooperative will not be allowed to compromise the achievement of the able.  There is no bus service or cafeteria, parents must make all the arrangements and send lunch along each day, and there were uniforms and supplies to buy.  The staff is a minimal one, so each family must agree upon enrollment to contribute at least 30 hours of on-campus help, and donate classroom supplies for teachers to use.  In return for all these demands, the kids would get to experience a hands-on curriculum including astronomy, archeology, paleontology, marine biology, ecology and land management, chemistry, physics, aeronautics, computer science and engineering – all on the campus of a major science museum and land preserve.  I wish I were going into 6th grade again!

Just 60 seats each were available for 6th, 7th, and 8th grade – over a thousand families flocked to apply; even when 6th grade was expanded to 120 seats, there were far more applicants than space, and a public lottery was held.  Our family was lucky, we personally know many others who were disappointed, some of them hang on in the limbo of the waiting list.  Obviously, there was a lot of pent up demand in our district for something of this sort.  Our family was thrilled, but the reactions from other parents and colleagues was nothing less than astonishing.

“That should be illegal!” announced one local parent who was indignant about the idea of paying for uniforms and classroom materials.  I explained that everyone there was happy to contribute in exchange for the wonderful chance their children had been given.  “It doesn’t matter, the district should just give it to you,” the parent insisted.  Once again, I tried to explain that if we didn’t contribute materials and labor, the school couldn’t function.  The flat reply of  “Then it shouldn’t be there at all,” ended the conversation pretty effectively.

A teaching colleague from another district surprised me even more; “I’m glad your son got in, I guess; but those charter schools are just destroying districts, you know.”  When I asked my friend to explain, he continued, saying, “Charters are funded by the corporations which really run them, not the districts.  They skim the best ten or fifteen percent of the student body away, and they leave us with the low performing students and all the discipline problems.  We end up looking like we are terrible schools.”  Another parent present chimed in with, “Those funds could be better spent anyway, if we just had a few more resources for the remedial children, I’m sure we could do more for them!”  My friends couldn’t have been more wrong.

An ugly reflection isn’t the mirror’s fault.  Charter schools like our local science and math academy aren’t ‘skimming off the best,’ instead they indicate to us how badly we are failing the top tier academic students in many public schools.  In many districts, as much as 65% of their funding is dedicated to students in the lowest academic quintile.  IEP’s or Individual Educational Plans have the force of law in terms of commanding district resources, but they are used virtually exclusively as a remedy to poor academic performance, almost never to serve gifted students.  In many classrooms, advanced students are often left to their own devices on the idea that ‘they will succeed anyway’; these students get much less personal time with the teacher than low performing or disruptive students – and their parents know this.

Worse yet, advanced students are put into groups with low performing students, in order to ‘help them catch up.’  In reality, students like my son are co-opted as unpaid teaching assistants, and when they work hard to produce academic work in a group setting, others who do little or nothing take credit for it.  To compound the travesty (or complete the tragedy) the teacher, seeing “better grades” from the low performing student, counts this as a “success” to be happily touted to parents, administrators, even  school accreditation committees.

Do we wonder at the crowds lining up to apply to academy-type charter schools, in spite of the costs and the strict regimen imposed on student and parent alike?  Are we amazed that some teachers and most unions oppose them?  Definitely not.  These schools show us where we are really failing in public education – at the upper quintile.   We cannot abandon them and assume that their success is inevitable “because they’re smart,” any more than we can abandon the lowest quintile “because they’re stupid.”  If the one statement is offensive, surely the other must be equally offensive – but we don’t act that way in public education, and the public pays much more attention to what we do than what we say.

We must stop the practice of cannibalizing AP and advanced elective programs to provide “just a little more support” for the academically least able.  If students realistically lie along a continuum of academic ability and performance, certainly funding and emphasis must be applicable to the needs of each group.

Even so, we must understand which basket holds our seed corn.  Tomorrow’s business owners and entrepreneurs will create new jobs, tomorrow’s doctors will heal the sick, tomorrow’s educators will fight ignorance and apathy, and the vast majority of them all will come from the upper academic quintile.  I have always been an advocate of ‘stalking the second tier’ – trying to make science and mathematics more accessible to middle and lower level students, but we must not sacrifice the best among us to serve them.  The line at the academy door should be telling us something.  The reflection in the mirror is our own fault, and ours to change.

3 TED Talks Every Parent Should Watch