Sure, Our School Has Problems, But We’ll Pay You To Enroll Your Child! 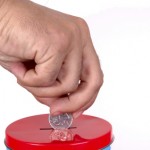 It’s bad enough that some schools bribe kids to do well, offering them money for academic achievement. At the Jefferson Elementary School in St. Louis they have taken this ill-advised practice a step further. To recruit new students – this is a public school, by the way – parents are offered $300 per child. Oh, yeah, they distribute the cash on December 15, just in time to buy holiday gifts.

Don’t be fooled. This is no “giveaway.” There’s no free lunch here. Parents have to do something to earn this money – like send their child to a school where achievement is the exception rather than the rule. Fewer than 15% of Jefferson students passed the reading and math sections on the most recent state assessments. As a result, parents have the option of enrolling their children in another school. Some parents – those who can afford it – have opted to send their children to schools where they are likely to receive a better education. Enrollment is dropping at Jefferson. There were 436 students during the 2005-2006 school year. Last year there were only 246. Better do something about those numbers.

Fearing that declining enrollment might lead to closing the school, Jefferson principal Nathalie Means decided to recruit new families with a $300 per child cash incentive program. Families who are most economically disadvantaged are most receptive to such offers. Sure, my kid may not get much of an education, but at least we pick up some much-needed cash. Stacey Wright, mother of three, has decided to send her kids to Jefferson. As she says, “It’s an awesome deal. A lot of us can use that money. It doesn’t sound like a lot, but it makes a big difference.”

When I read stories about vulnerable people being preyed upon, I literally get sick to my stomach. But William Tate, a professor at Washington University has this to say: “What they’re really saying to these kids is your presence on a regular basis is important. It’s so important we’re going to reward you for doing it.” Professor, the message is not even being delivered to the students. The hidden, yet powerful message being delivered to the parent is this: “We know times are tough. Send your child to this underperforming school so we can remain open and we’ll give you some much-needed money.” It’s despicable. If you want to give the students something of value, give them a good education.

To assist Jefferson and other struggling schools, help them access high-quality staff development. Help them develop more effective ways to engage and inspire kids. Help them transform their schools so they offer more than money. Help them offer the quality education that all children –yes, even those victimized by poverty – deserve.

2 Responses to Sure, Our School Has Problems, But We’ll Pay You To Enroll Your Child!