Sports, Education, And The Importance Of Mission 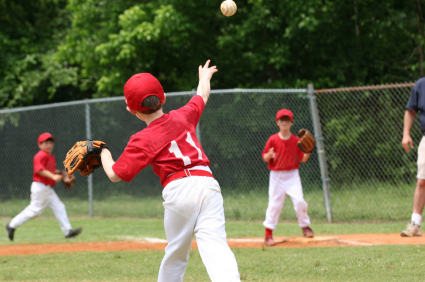 I’m a sports fan. One reason I take such pleasure in following professional sports is because the mission is so clear: winning. The goal is clear and unambiguous. The past week has been particularly interesting for me. As a die-hard Red Sox fan, I have traditionally enjoyed it when the Yankees lose. Because the Red Sox are in the midst of a collapse of near epic proportions, their chances of making the playoffs is now tenuous at best. Having a two game lead with only six games remaining usually qualifies as marginally comfortable. When a team has lost 18 of 23 games in September, “comfortable” is not the right word to describe the situation. “Desperate” is closer. (With the two game lead shrinking further this weekend, “desperate” suddenly seems way too optimistic.)

What made the past week so “interesting” was the fact that the Yankees just finished playing the Tampa Bay Rays. Tampa is the team closest to the Red Sox and had just beaten the Red Sox three out of four games in Boston. Suddenly, a die-hard Red Sox fan found himself doing what borders on unthinkable: rooting for the Yankees. (Thank goodness, the boys from New York helped out, taking three out of four from Tampa so the Red Sox lost no additional ground even while continuing their pathetic play and losing three of four to the lowly Baltimore Orioles.)

As I write this, “normalcy” has been restored as the Red Sox and Yankees are in the midst of a three game series in New York this weekend. Not surprisingly, the Red Sox got crushed 9-1 on Saturday and lost the first of two today. (And are losing the nightcap as well.) At least I’m back on familiar ground, rooting for the Red Sox and praying the Yankees will go easy on them, since they have already clinched the division title – again.

It all gets topsy-turvy again starting Monday when the Yankees take on Tampa Bay for the final three games of the season. Those games will matter and the Red Sox will quite possibly need the Yankees to win if they hope to advance to the playoffs. Go Yankees! (Not Sunday. Not when the playoffs start. Just Monday through Wednesday. Please.)

A few people have said to me, “It must be hard to root for the Yankees, huh?” Not at all. See. It’s like I said. The mission is clear: winning. For the Red Sox to achieve their goal, they need their rival to win. Because I am clear about what I want, it’s easy to root for the Yankees. It serves my purpose. Decisions are easy when you have a clear objective.

OK. Time to switch gears. Funderstanding is an educational website, not a sports website, so how does this relate to education? One of the reasons why there are so many struggles in education is because we lack a clear, agreed upon mission. While individual educators may have a clear vision of what they want, consensus about educational issues is hard to come by. I work with a lot of schools and it’s rare, indeed, for a school staff to have a fully embraced mission. There may be the official, district-approved mission statement, but the day-to-day behaviors of the staff frequently reflect conflicting views about what’s most important when it comes to educating our children.

What, exactly, is the goal of education? Unlike professional sports, I don’t believe it can simply be defined as “winning,” although there are loud voices clamoring about the need to make our schools “number one” so they can “successfully compete in the global marketplace.” Even if we were to agree that the goal is “to win,” what constitutes “winning”? The best test scores? The lowest dropout rate? The highest percentage of students attending college? Satisfaction? Money?

Precisely because there is no consensus about the goal of education, there is no agreement about what schools ought to do. For example, many schools include “citizenship” on their report card. Is the goal of our schools to prepare our children to become good citizens? A number of parents in Brookline, Massachusetts are upset that their children are invited (not “required”) to recite the Pledge of Allegiance at the start of the school day. They go so far as to say that it is nothing more than bullying. So here’s a question: is our goal to create good citizens? Does that include pledging allegiance to our country? There certainly is disagreement in that area. And Rick Perry, a well-known conservative and current frontrunner in the Republican primary race, is in trouble for helping young girls get a vaccine to prevent the spread of sexually transmitted diseases. Do we have an obligation to keep our students safe? (Not according to Michelle Bachman. She castigated Perry for his “activist” position and usurping parent rights, calling it “a violation of liberty and everything you and I stand for.”) What about evolution? Creationism? You can find proponents on both sides of that argument. Phonics? Whole language? The list is endless, just like the arguments.

As a Red Sox fan, my life is easy. I have a clear mission and I act in ways that support that mission, even when it means cheering for the Yankees.  But what’s my mission when it comes to education? What’s our mission? In the coming months, Funderstanding plans to aggressively address that issue: the goal of education. We may not have all the answers. But we’re convinced that not enough people are even asking the right questions. Too many educators continue to plow ahead without having given sufficient thought to the fundamental question we should be asking ourselves: “What is our mission?” We intend to ask some tough questions and propose some answers. If we are to be successful in making education all that it can be, we will need your help and feedback. Please plan on being part of the conversation – and part of the solution. In the meantime: go Yankees (from Monday through Wednesday)!