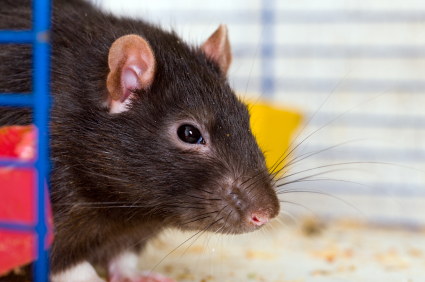 A reader posted a comment in response to a previous Funderstanding article about Behaviorism. The reader suggested we differentiate between the theories of John Watson and B.F. Skinner. Below is a more detailed summary of radical behaviorism in response to our reader’s suggestion. Thank you to our readers for your thoughtful feedback!

How it Works and what Skinner’s Behaviorism Theories Explain

His work was controversial because it defied the conventional framework of the subject of psychology.

“Skinner’s radical behaviorism offered a unique conceptual framework for explaining human behavior that had no close brethren in psychology. Skinner used the term radical to note the stark contrast between methodological behaviorism (i.e., the behaviorisms of Watson, Hull, and Tolman) and his approach,” a Psychology Today article stated.

With his research, Skinner decided to take a new way of thinking about behavior and mannerisms.

“Rather than place causal status in hypothetical entities or constructs, Skinner’s radical behaviorism attempted to demonstrate orderly relations between behavior and environment. This approach is, at its core, a perspective of selection (Donahoe, 2003; Skinner, 1966; 1972). Radical Behaviorism views cause as a complex interaction extending across multiple temporal scales involving organisms and the environment,” the article said.

What is Basic Behaviorism?

“In contrast, punishment (both positive and negative) decreases the likelihood that the antecedent behavior will happen again. Positive indicates the application of a stimulus; Negative indicates the withholding of a stimulus. Learning is therefore defined as a change in behavior in the learner. Lots of (early) behaviorist work was done with animals (e.g. Pavlov’s dogs) and generalized to humans,” the article also said.

How did Skinner View Behaviorism?

B.F. Skinner’s idea of behaviorism is different from many other behaviorism schools of thought.

“B. F. Skinner’s entire system is based on operant conditioning: “the behavior is followed by a consequence, and the nature of the consequence modifies the organisms tendency to repeat the behavior in the future,” a Skinner biography said.

One example the biography stated included:

“Imagine a rat in a cage. This is a special cage (called, in fact, a “Skinner box”) that has a bar or pedal on one wall that, when pressed, causes a little mechanism to release a food pellet into the cage.  The rat is bouncing around the cage, doing whatever it is rats do, when he accidentally presses the bar and — hey, presto! — a food pellet falls into the cage!”

“The operant is the behavior just prior to the reinforcer, which is the food pellet, of course.  In no time at all, the rat is furiously peddling away at the bar, hoarding his pile of pellets in the corner of the cage,” the biography said.