Seeing the Best in Every Child: The Importance of Neurodiversity

Posted on November 28 2011 by Thomas Armstrong 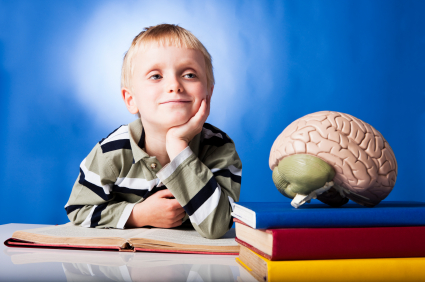 Imagine that all of the people in the world have been magically transformed into flowers. Some of us are petunias.  Others are begonias.  Still others are tulips.  Now, let’s say for the sake of argument that the psychiatrists in this culture are the roses. I want you to imagine the rose psychiatrist beginning his work day and seeing a child who happens to be a sunflower.

The rose subjects the sunflower to a thorough examination (including measuring its height) and at the end of the exam offers his diagnosis:  “I’m sorry, but you have hugism.  It’s usually treatable if caught in time, but I’m afraid in your case we didn’t catch it early enough.”  The sunflower leaves the room with its head drooping.  The next child to see the doctor is a tiny bluet.  The psychiatrist spends some time examining the bluet, and eventually comes to this conclusion:  “My informed diagnosis, bluet, is that you have a growing disability.  We believe it’s genetic.  But with appropriate identification and treatment, you can learn to live a successful and productive life in a plot of sandy loam somewhere.”  The bluet leaves the office feeling even smaller than when it came in.  Finally, a calla lily enters the psychiatrist’s office.  The doctor doesn’t even need to do a formal assessment to make a diagnosis:  “You, my friend, have petal deficit disorder.  It’s a tricky syndrome, but there are medications out there that can help.  In fact, a herbicide representative left some free samples with me, in case you like to try some.”

This little imagination game may sound a bit silly.  But, in fact, psychiatrists are doing this all the time when they label children as having “autism,” “learning disabilities,” “attention deficit disorder,” and a wide range of other mental health labels.  We have become a culture of disabilities.  Back in the early 1960’s, with the publication of the first Diagnostic and Statistical Manual  (AKA the psychiatrist’s Bible) there were about 100 mental disorders.  In the current edition, this number has tripled, and the version slated to come out in 2013 threatens to have even more disabilities, including “psychosis risk syndrome,” “temper dysfunctional disorder,” and “hoarding disorder.”  An article in the Archives of General Psychiatry reports that over the course of their lifetime, roughly one half of all adults in the United States will suffer some form of mental disorder.  One Harvard psychiatrist says that in addition to diagnosable psychiatric conditions, there are also “sub-clinical” disorders that he calls “shadow syndromes” that afflict even more Americans.  Ultimately, we’re getting to the point where virtually everyone will have some kind of psychiatric disorder.  At this point, it is no longer meaningful to talk about disorders.  Instead, we need to shift paradigms and speak, instead, of diversities – specifically of neurodiversity.

The term “neurodiversity” was first used in an Atlantic magazine article about ten years ago and has been embraced by the autism rights movement and other disability organizations as a positive way to discuss what have been up to this point identified as “disorders.”  It serves as a more helpful paradigm than the current disease-based medical model when talking about a broad range of brain differences, from bipolar disorder and schizophrenia to ADHD and dyslexia. Many of these conditions, previously seen as entirely negative, in fact have specific advantages and abilities associated with them.  Research indicates that dyslexics, for example, often possess particularly strong spatial skills. (Many of the poor readers in my special education programs were great doodlers, drawers, and Lego® experts).  People with autism often have a special knack for understanding logical and detailed systems, from machines and train schedules to computers and mathematics. A Stanford study revealed that children with bipolar disorder (or at risk for bipolar disorder) had higher creativity scores than more typically developing children.  And kids with ADHD may be more likely to have what’s called a “novelty-seeking” or “curiosity-seeking” gene.  There is interesting and compelling research from the field of evolutionary psychology suggesting that each of these “disorders” may have had specific advantages for our ancestors, explaining why the genes for these conditions are still part of the gene pool.  The autistic individual’s penchant for details and systemizing, for example, may have come in handy when designing a spear or classifying healing and poisonous plants.  The ADHD person’s hyperactivity may have been just what was required for hunting wild game. (In fact, one writer has characterized people with ADHD as “hunters in a farmer’s world”).  The bipolar individual may have been graced with extra dynamism in the manic phase of their mood cycle to provide the energy for hunting, or for the sexual or aggressive drives needed to procreate and pass on one’s genes.

The practical implication of all this for parents and educators is that we need to celebrate diversity among our children’s brains as much as we honor biodiversity and cultural diversity. Specifically, we should craft environments or ecologies that fit the unique contours of our children’s specific advantages.  I’ve called this process “niche construction.”  This is what animals do all the time to survive in the wild:  from a spider spinning a web and a beaver building a dam to a group of bees building a hive or ants building an ant hill.  Each of these species is modifying the surrounding environment to make it hospitable to the unique features of that species.  In the same way, we need to help each neurodiverse child find their unique niche so they can flourish.  Typically, we don’t think of modifying the surrounding environment to fit the child. Rather, we expect the child to fit the environment, which is like making the square peg fit into the round hole.  This task is made even more difficult when we approach the child with negative expectations, beginning with the pejorative labels we use to identify these kids (LD, ADHD, MR, ED, bipolar etc.), and extending to our diminished expectations of them. Neurodiversity challenges us to see the very best in every child, and to seek ways to maximize their strengths and minimize their difficulties in a way that allows them to succeed in life.

There are a number of components in constructing positive niches for neurodiverse kids.  These include:

Constructing appropriate niches makes all the difference in the world for neurodiverse children, giving them a chance to flourish.  All too often, parents and educators construct negative niches for children that suck them into spirals of failure and defeat.  Imagine, for example, an autistic child without the technology to communicate having to learn in a classroom with scraping chalk and school bells ringing every forty minutes, and having her special interest in dinosaurs being taken away from her because of misbehavior.  That same child using an iPad to communicate, wearing headphones to block out unwanted noise, and sharing her special dinosaur interests with the class, will have a much greater opportunity to achieve success in learning and in life.  It’s time that we said goodbye to negative, deficit-oriented approaches to helping children with special needs.  The concept of neurodiversity promises to revolutionize the way we think about kids who are “differently wired.”

About the author - Thomas Armstrong

A keynote speaker and workshop leader, Thomas Armstrong is the author of fourteen books, translated into twenty-five languages, including: The Power of Neurodiversity: Unleashing the Advantages of Your Differently Wired Brain, The Human Odyssey, In Their Own Way, The Myth of the ADD Child, 7 Kinds of Smart, You’re Smarter Than You Think, and Multiple Intelligences in the Classroom. He has presented to educational and parent organizations in 43 states and 18 countries over the past 25 years. Email Dr. Armstrong and visit his website and blog.

How To Turn Your Kid Into Jimi Hendrix

How To Turn Your Kid Into Jimi Hendrix Read More

5 Responses to Seeing the Best in Every Child: The Importance of Neurodiversity