Science in the Classroom:In Defense of Low-Tech Education 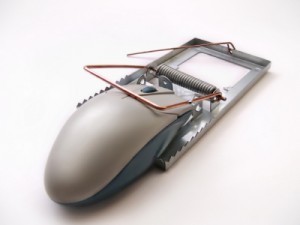 For most of us, the idea of an effective education in a modern classroom immediately evokes the use of computers and electronics in the classroom.  In my own classes, I use both high and low-tech methods to teach astronomy and physics.  My physics classes are known for low-tech, hands-on lab projects; exciting and sometimes decidedly odd-looking contests where student teams compete to build the strongest crane, the fastest rocket car, or the most complex marble roller coaster.  These activities serve to make the physics class more exciting and popular, but there is a lot more to it than just filling the seats in a formidable program.  Let’s investigate further!

There are several distinctions that must be made between using low tech and high tech media in the classroom.  Low tech methods have the advantage for me of being completely novel to virtually all of my students.  In any classroom, it is unlikely that everyone has the same degree of computer access and availability – especially in the home.  Some parents encourage their children to be computer literate, others see a computer in the home as an unattainable luxury they only wish they could afford; still other families limit or even deny their children computer access, citing fears that ‘computers make you lazy’ or even understandable paranoia about ‘creepy people and websites on the internet’.  Computer access, or lack of it, can make a huge difference in student performance in a classroom which uses high tech media.

Making Science Fun in the Classroom with Household Items

In contrast to access and exposure to computers in the home, low tech methods have the perverse advantage of being almost entirely novel to every student in the room, regardless of socioeconomic status.  I have seldom encountered any student who had extensive prior knowledge of using household materials to engineer and build a working solution to a practical problem such as using a mousetrap to construct a catapult intended to throw a ping-pong ball into a coffee can from across the room.  Because of this, each student enters class on a relatively equal footing.  Socioeconomic or ethnic distinctions have little bearing upon a student’s ability to succeed in a “design based” science class.

Because of the very low cost per student, using low tech media in the classroom represents a substantial improvement from a social justice standpoint.  For example, the mousetrap catapult project I described costs less than $1 per team of three students – and many students complete the project with “found materials” from around the house, such as a mousetrap, Popsicle sticks, toothpicks, coat hanger wire, etc.  Modest cost does not limit creativity, of course.  To win the mousetrap catapult contest in my classroom usually requires you to throw a ping-pong ball over 11 meters – no small feat!

Low Tech Media is Much Lower in Cost

Contrast this low tech approach with high tech computer equipment needed to run popular “physics lab simulation” software.  The cost per classroom is certain to exceed $10,000, even if equipment is shared between two or three students at a time.  Many schools and districts cannot afford the initial cost of this equipment.  Even if they receive a grant to help with the purchase, the maintenance cost to keep it running is often prohibitive, and high tech equipment often becomes a focus of theft and vandalism.  On the other hand, I’ve never heard of anyone breaking in to steal a bunch of mousetraps, but you never know!

Even if a poorer school or district were able to find grant money to enable them to purchase high tech equipment for even a single classroom, there is the issue of a differential advantage for those students who have computers in their homes and those who do not.  High tech equipment does indeed bring advantages to the classroom.  In addition to helping students to prepare for sophisticated learning environments they will undoubtedly encounter later in their educational careers, exposure to computers helps students build skills that will be needed in order to acquire and hold onto a job in today’s market.

Both low and high tech classroom media promote new modes of learning science in the classroom, and by so doing, help to create a new culture of learning and learners in schools.  Students are exposed to new modes of performance and assessment and experience new levels of achievement that they were unable to reach with simple ‘pencil and paper’ techniques.

Using computers for learning science in the classroom offers the following benefits:

Low tech media using household materials and simple hand tools to design and build a working solution to a problem is likewise very multifaceted, though not in the modern conventional manner of speaking which is highly prejudiced toward electronic and digitally based products.  In modern computer parlance, the computerized presentation is multi-channel; that is to say it presents many independent streams of information simultaneously.  Some educators believe that only the best digital media is capable of giving the student such a rich experience; I think that sells both students and low tech media short.

Let’s compare computerized lessons to a low tech, design based science activity for a moment.

In a low-tech lesson:

In a low tech lesson, experimental success, and experimental failure both teach in an immediate and intimate level that the teacher cannot replicate using a computer.  The finished product involves design art, written work, research, and the physical device itself.  Low tech richly rewards students with multiple intelligences!  The performance of the device in class is often videotaped as part of the presentation of the final product.  These classroom videos show the thrill of victory, the agony of defeat, the roar of the crowd – I challenge any educator to wring these out of a software package!

Like its high tech cousin, low tech media also challenges students to move beyond the paper and pencil curriculum.  Because these low-tech lessons broaden a student’s skill set, they also allow a new culture to emerge inside the classroom that uses them.  Student’s are able to move out of the old text-based culture and are forced to reevaluate themselves and their peers as they struggle together to master new skills and challenges.  The implementation of a new culture allows students to move forward and try something new without feeling like ‘I can’t do this’, or ‘everyone else is way better at this than I am.’  The low tech project is a clean slate, a fresh start; for many, it is a chance to discover that they are better at thinking with their hands than with a pencil and paper or a keyboard and mouse.

Will low-tech lessons work for teaching science in your classroom?  Will they crowd out other text-based or computerized lessons?  Perhaps they will.  Are you reaching everyone in your classroom with what you are doing now?  Are your students excited to come to class?  Mine are.  C’mon, when was the last time you heard someone say: “That was awesome! What to we get to do next?”  Will low tech work for you?  Ask yourself another question first – can you afford not to try it?  Just wondering!

Swimming Away From the Lifeboat: What the Charter School Movement is Telling Us

Swimming Away From the Lifeboat: What the Charter School Movement is Telling Us Read More

Emotional Intelligence and the 3 Magic Words