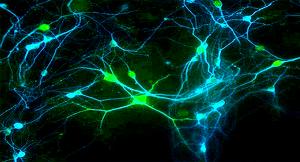 Neuroscience is the study of the human nervous system, the brain, and the biological basis of consciousness, perception, memory, and learning.

The nervous system and the brain are the physical foundation of the human learning process. Neuroscience links our observations about cognitive behavior with the actual physical processes that support such behavior. This theory is still “young” and is undergoing rapid, controversial development.

Some of the key findings of neuroscience are:

The brain is not a computer. The structure of the brain’s neuron connections is loose, flexible, “webbed,” overlapping, and redundant. It’s impossible for such a system to function like a linear or parallel-processing computer. Instead, the brain is better described as a self-organizing system.

The brain changes with use, throughout our lifetime. Mental concentration and effort alters the physical structure of the brain. Our nerve cells (neurons) are connected by branches called dendrites. There are about 10 billion neurons in the brain and about 1,000 trillion connections. The possible combinations of connections is about ten to the one-millionth power. As we use the brain, we strengthen certain patterns of connection, making each connection easier to create next time. This is how memory develops.

When educators take neuroscience into account, they organize a curriculum around real experiences and integrated, “whole” ideas. Plus, they focus on instruction that promotes complex thinking and the “growth” of the brain. Neuroscience proponents advocate continued learning and intellectual development throughout adulthood.

Robert Sylwester, “What the Biology of the Brain Tells Us About Learning,” Education Leadership, December, 1993.

Meditation and Memory Development of the Young Child

Meditation and Memory Development of the Young Child Read More