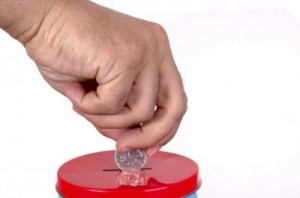 Those who believe in the reward/punishment model (nearly everybody) are often attracted to the simplistic notion of giving merit pay to teachers whose students do well on standardized tests. I say “simplistic” for several reasons:
1. Standardized tests don’t necessarily measure what has been learned. Sure, they are easy to score, but don’t assume that just because data is derived that the data is useful or relevant. Standardized tests are flawed instruments.
2. I spent a number of years in the classroom. I remember one year in particular when I was blessed with five classes of engaged, hard-working students who were very conscientious. They learned a lot (and did well on the standardized tests we administered.) I remember a couple of other years when I had particularly difficult groups. They didn’t perform as well. My teaching was not substantially different, but the test scores were significantly different. Advocates of merit pay seem to miss this fundamental reality, one that every classroom teacher understands.
3. Standardized tests don’t measure what is most important in the education of our children. As both a parent and an educator, I want students to develop a work ethic, a sense of responsibility, and a social conscience. None of those are measured by the standardized tests in favor with the merit pay crowd.

The folly of merit pay was nicely captured by Daniel Barth in “Measuring Merit in the Classroom.” Soon after Dr. Barth shared his thoughts, The USA Today published an article entitled “Merit Pay Study: Teacher Bonuses Don’t Raise Student Test Scores.” It seems that arguments grounded in philosophy – like mine and those of Dr. Barth – are supported by the research conducted at Vanderbilt University’s Peabody College of Education. Nearly 300 teachers in Nashville, Tennessee participated in a study that looked at the impact of merit pay over a three-year period. Teachers were able to earn an additional $15,000 – no small incentive.

The results? Except for some temporary improvement by students in the fifth grade (which disappeared a year later!), the article concludes, “Offering middle-school math teachers bonuses up to $15,000 did not produce gains in student test scores.”

Not surprisingly, this hard data did nothing to dampen the enthusiasm for merit pay by Secretary of Education Arne Duncan. Those who clamor for merit pay simply won’t accept that it doesn’t enhance student learning. This “common sense” notion is based on the erroneous belief that workers are motivated primarily by money. As I say on page 10 of Managing to Inspire: Bringing Out the Best in Those You Supervise, “People don’t just work for pay – a point that is lost on those who create elaborate incentive programs for high-performing employees.”

While additional research is needed, it is becoming increasingly clear that offering merit pay to teachers is expensive and based on an unwarranted belief in the infallibility of standardized tests. It doesn’t lead to increased learning. It does little more than squander money while pitting teacher against teacher. Surely, there is a better way.

One Response to Merit Pay: A Costly and Ineffective Initiative