Measuring Merit in the Classroom 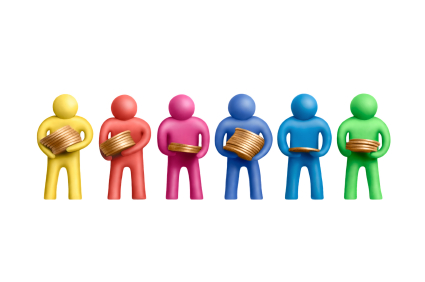 I love the idea of merit pay for teachers.  If we try to give merit pay for cops, you might want to know how many criminals the officer had arrested.  The cop who works against the criminal only wins merit when the criminal loses.  If you wanted to give merit pay to doctors, you might want to know how many patients they had saved.  The doctor works with the patient who is seeking his help, the doctor wins when the patient wins.  Both situations are relatively clear cut; not so for the teacher.

The teacher works with students who are put into their classes, the students are compelled by force of law to be there.  The teacher does not have the luxury of choosing his clients, and more often than not, the client does not want to be there either.

Oddly enough, I have yet to meet the doctor who had been blamed for failing to cure the patient who never made it to the doctor’s office because they didn’t want to be there anyway.  ‘Ah ha!’ you say, ‘a good teacher should make the student want to learn!’  I get it!  Then we will be able to spot the best cops because they make people want not to be criminals!  Of course, someone could claim they made me not want to rob a bank today, could you prove they weren’t being an effective police officer?

If one teacher works in a district where students, parents, culture and community all value and celebrate academic success and 95% of the students go to college, is she a better teacher than her colleague who works in an blighted urban or ignored rural school district where only half the students graduate and less than 20% of the high school freshman class eventually go to college?  Have both teachers made their students want to learn?  How much?  Explain to me how you can tell the difference between them.

Does the suburban teacher deserve more merit pay because more of her students get to college, or does she deserve less because she hasn’t saved as many people from poverty and ignorance as the urban school teacher?

Let’s face it, from the students’ perspective, the teacher wins when they lose. Lose that part of their culture which says getting educated means selling out.  Lose their commonality with their friends and relatives as their values and language changes.  Lose their angry defiance against society and everything about the society that the teacher embodies.

From the teacher’s perspective, the winning happens mutually, or not at all.  The teacher wins when the student succeeds academically.  When the student gains knowledge and skills.  When the student accomplished all that is inherent in the graduation procession and the diploma.  If you must put a value, a numeric and monetary value, on a teacher’s merit; then you must convince me that you know where it lies and how to measure it.

Will You Sign My Kindle? Electronic Autographing Read More

Clever Ways to Teach About Giving