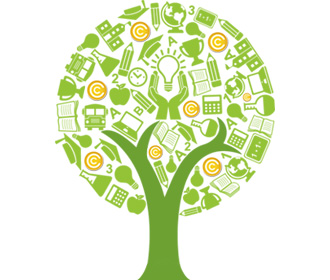 It is 2013 – are American school children perfect in mathematics and English yet? You might find it a bit strange to hear discussion of perfect children coming from the mouth of a working teacher, but bear with me. The perfection I’m discussing wasn’t my idea, it was President George W. Bush’s idea, and that is what No Child Left Behind was all about.

NCLB had teeth in it – administrators and teachers could pay with their jobs if kids didn’t perform well on standardized tests. (The clever reader will already note that we are punishing one person for the failure of another – but let’s leave that aside for now!) Schools would be given Academic Performance Indexes (API scores) and Annual Yearly Progress reviews (AYP scores) and these would help identify “failing schools”. Teachers and administrators were shocked when we looked at the expected performance increases. From 2006 to 2008, the gains required were modest, with schools expected to go from roughly 30 to 35% proficiency. But after 2008 (when the next President was in office), the expectations skyrocketed, and schools were expected to reach 100% proficiency for 100% of all students by 2013!

As soon as we saw that graph, we teachers knew that NCLB was fatally flawed. As a scientist, I both understand and respect the bell curve. Any set of data is bunched up in the middle, with more points near the average and fewer points as you move away from the average. Measure the height of every child in a classroom. A few will be very tall, a few will be quite short, but most kids will be bunched around the class average. It is common sense (and a statistical fact!) that all sets of data act this way. You can’t have an average if there aren’t some people above it and some below. The idea of a nation where ‘everyone was above average’ is ludicrous; never-the-less, NCLB was the law of the land.

This week, we had our first faculty meeting to discuss the new “Common Core” standards – the successor to NCLB. As teachers, we were excited to hear about this. Certainly the new administration would not leave these silly absolutes in the law – something would be done to make realistic plans for increasing parent-teacher partnerships and improving rates of student success in schools. We were to be disappointed.

One of the first things we heard was: “Standardized testing with pre-digested answer choices are ineffective at building academic performance and at best a mediocre method of preparing children to meet the needs of the modern college or workplace environment.” I felt that this was a good start, I’ve never favored A B C D style exams and I don’t think they prepare kids for real problem solving in college or in life. New ‘performance-based’ questions would look more like this: “A meal plan for three includes 600-grams of chicken breast, three, 350-gram baked potatoes, and 750 grams of mixed peas, carrots, and beans. James needs to feed seven people, and his aunt says she is allergic to carrots. How does James need to adjust his meal plan to feed everyone?” Answering such a question requires thought and consideration, and you can tell as much from how the problem is solved as you can by the answer. Such a question also takes vastly more time and effort on the part of the teacher in order to evaluate and grade it properly so the student both understands and benefits from the exercise. Would the new plan give us the time and resources we would need to implement it?

At this point, a lot of teachers were groaning – how would they handle 200 students a day if they had to add evaluation time for hundreds of performance-based projects and tests through the year? The administrators were way ahead of us! “Don’t worry – you won’t have to grade all that stuff yourselves!” they crowed. What!? Were an army of teaching assistants being trained even as we speak? Was this the solution to the unemployment problem in our county? NO! All the exams would be taken on – and graded by – computers! Teachers wouldn’t have to do any extra work, eh? Gee, really? I could see just two little problems with this ‘solution’ to the education performance problem.

The first problem was equipment. Every student would take every evaluation test on a computer? How could this be done? The high school where I work is considered a ‘technology rich’ school. We have 6 computer labs on campus, averaging 30 computers each, and they are in essentially constant use with typing, research, video editing classes, my astronomy classes even go to the computer lab to work on planetarium software and learn about the night sky. As a teacher, you have to schedule your time weeks in advance to get your class into an available computer lab. Most teachers are able to get their classes into a computer lab 3-4 times per semester.

The point of all this? There are NO free computers on my campus for test taking, and no computer lab facility that has a computer for every child when classes average 38-42 kids. How much hardware would we need for my school alone? If not something like an iPad or netbook for every student (1500 units), I would think it would take at least 500 new computers to accommodate all the new testing use we’ve projected – and if we didn’t give each kid a computer, where on campus would we house them? Would we shuffle kids around to computer-equipped classrooms, or would we trundle hundreds of computers around campus on carts? Would theft, vandalism, maintenance, upgrades and virus protection be a problem? How would kids practice for such tests if they didn’t have pretty much constant access to a computer? You would have to put 40 computers in every classroom, perhaps 600 computers for my school alone. It is easy to see that we would be talking millions for my school alone – and trillions to transform classrooms across America. This isn’t any more workable than NCLB’s insistence upon “100% Proficiency”. No one who has spent any time in a public school campus or classroom recently could possibly have thought that this was a workable idea.
The second problem with this model is the concept of “Don’t worry… the computer software will grade it for you!” Oh goody! Spell checkers and grammar checkers are now so wonderful that we don’t need people to look at children’s work anymore! Oh please! Anyone who writes regularly can tell you that the ‘state of the art’ in grammar checking is still rather poor. When sentence structure gets creative or complicated, they fail quite badly; they literally cannot tell good writing from bad, and often insist upon ‘corrections’ that are actually changing a properly written sentence into an incorrect one; and my spelling checker can’t pare away pear from pair correctly, either.

I still see my position in teaching as a sacred trust, and I’m not ready to cede that responsibility to a software package. Well, at least parent conferences will be easier. Whether the computer decides that your child is a genius or an idiot, there won’t be any arguing with it.

Teaching Essential Life Skills Through Storytelling: An Interview with the Experts

Teaching Essential Life Skills Through Storytelling: An Interview with the Experts Read More

What is Social Emotional Learning and Why Does it Matter?

What is Social Emotional Learning and Why Does it Matter? Read More

Three Keys To Powerful Learning For Kids Of All Ages