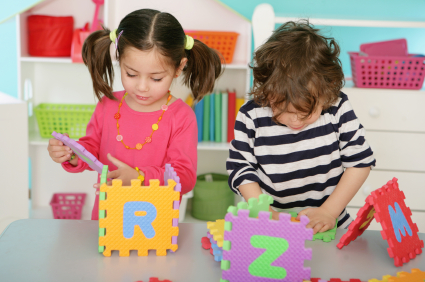 While Jean Piaget, the famous Swiss biologist and psychologist is revered in some social circles, he is not very popular in others. Read on to learn fact from fiction about one of psychology’s well-known pioneers.

How It All Started For Piaget

Piaget began his scientific career before he even made it to high school.

“At age 11, while he was a pupil at Neuchâtel Latin high school, he wrote a short notice on an albino sparrow. This short paper is generally considered as the start of a brilliant scientific career made of over sixty books and several hundred articles,” the biography from the Jean Piaget Society reads.

He Studied His Own Children

Piaget was married in 1923 to Valentine Châtenay. The marriage and the children that followed allowed to him to use his own family for observational purposes.

“The couple had three children, Jacqueline, Lucienne and Laurent whose intellectual development from infancy to language was studied by Piaget,” according to the Jean Piaget Society.

But because he studied his own children, he may not have been able to report accurate findings in some of his work.

“The biggest complaint about Piaget’s methods is that he studied his three children (hardly a representative sample). In “Origins of Intelligence” every observation he reported to build his sub-stages of infancy was with his children. Our methodology standards (e.g., selecting samples) keep getting more rigorous; look at most classic studies and I believe you will find similar ‘flaws’ (e.g., early memory studies run on one-self),” devpsy.org, a developmental psychology Web site said.

For the stages of child development and the primary influential factors, visit this Funderstanding article.

When Cognitive Processes are Divided

“Swiss psychologist Jean Piaget was the first to realize that the cognitive processes of children differ from those of adults,” Web site findingDulcinea said. “Piaget conducted most of his research in question-and-answer conversations. This allowed him to observe how his subjects’ thinking changed over time.” To see how Piaget’s theories impact learning for children, see this other Funderstanding article.

Piaget worked with the authors of the Binet-Simon IQ test at the beginning of his research career. In terms of the intelligence tests, instead of focusing on the wrong answers students were getting, Piaget found it more important to look at the answers in general.

When he observed that many of the children were answering the questions with the same wrong answers, he was able to postulate that if education focused more on individual student needs, children may be able to learn better.

“Piaget felt that by looking at the answers themselves (rather than their correctness), he could see how the children were thinking. He noted that while many children were giving the same incorrect answers this important pedagogical fact was not even noticed by the Simon team because they looked only at the numbers of correct answers,” Web site Engines for Education said.

Piaget contributed directly to the development of intelligence theory testing by proposing methods that educational systems could use to encourage the intellectual development of students with different capabilities.

Although Piaget focused on trying to encourage school systems to adapt to some of his theories, he was ignored.

“Piaget recognized that teaching needed to focus on how children were reasoning rather than focusing on how well they might recall facts for a test. Nevertheless, while his work is lauded by most researchers, it has had little effect on the school system,” Engines for Education said.