Behaviorism and the Developing Child 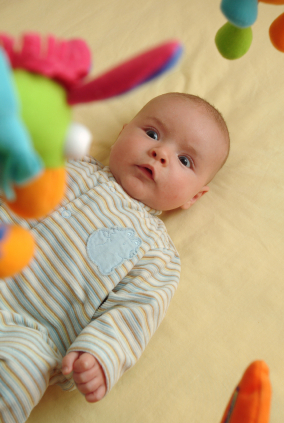 Parents often wonder why their child acts a certain way at certain times. What they don’t realize is that the answer is simpler than they think. The brain is conditioned to respond in a certain way. It is a learned behavior that repeats itself over and over. A child learns that if she cries, she will get a response. And, she might figure out that a certain specific behavior will really get a response, such as throwing a temper tantrum, which no parent enjoys and wants over as quickly as possible. So, a special something is given to the child to stop the behavior. Her brain just figured out, through conditioning, how to get a special treat.

Skinner’s research determined the brain was not a part of conditioning, and learning was through environmental factors, differentiating his ideas from others such as John Watson, and coining his theories as radical behaviorism. All actions required a reaction, positive or negative, which modified behavior. With basic behaviorism theories, it is thought that the individual is passive and behavior is molded through positive and negative reinforcement. This means that a child’s behavior can be changed and modified through reinforcement, but which type of reinforcement is best? Positive or negative?

Yes, incentives do seem to reap positive rewards. Many of us resort to offering rewards for desired behavior. If a child performs well on her next test, she is promised a new toy. When she is loudly complaining at the supermarket, she is offered a tasty-treat to stop screaming. This means the child is rewarded for both her positive and negative behaviors sending a confusing message, which results in a child learning through her behaviors that she can receive the same outcome.

Behaviorism has even hit the mainstream with several television shows setting almost impossible examples of how children can and should behave with the proper attention. Alfie Kohn finds that behaviorism is as American as apple pie, applying techniques for a quick response without consideration for the future. According to Kohn, instead of tossing kids in time-out, spending time reasoning with children in a warm and compassionate manor offers better response resulting in future well-adjusted and loving adults.

As adults, we can work to model positive behaviors to encourage the same behavior from our children along with not offering incentives when unnecessary or overly praising. Our gut reaction is to offer a “good job” when a child behaves in a promising way. This raises the child’s psyche, but doesn’t offer them necessary important incentive to continue the behavior. The child also does not understand specifically what behavior caused the adult to praise her, causing disregard. The blanket phrase “good job” becomes insignificant and doesn’t promote continued positive behavior.

When specific praise is provided, such as turning that “good job” into “I like the way you explained the answer to that question,” with the praise focused on growth, learning, and development, the child’s behavior is positively acknowledged and encouraged. It also gives the adult a chance to think about what actually excited them about the child’s behavior, making it a win-win on both ends. The child feels supported and motivated in a nurturing way, and the adult has identified the specific behavior they are proud of.

Along with offering specific and well-defined praise, adults can model positive behaviors to inspire the same in a child. Communication is key along with having realistic expectations. A parent can’t assume their two-year-old child will be able to sit through a family meal without some difficulty. But, when the behavior is modeled and expectations are communicated clearly to the child, the desired behavior can be achieved – potentially. And, instead of becoming frustrated when the behavior starts breaking down, redirect the child and offer assistance if necessary. Why not encourage the child to finish her meal with a puzzle at her side to help her stay motivated while at the table.

Consistent and realistic consequences are essential when dealing with behaviors. This can be a tricky area and children may manipulate the situation. Feedback, or consequences, are a large aspect of behaviorism. When feedback is given after a desired behavior, learning has been set in place. Selecting appropriate rewards is important so that they can be offered consistently. When a child works hard to perform in a positive way and then not rewarded as expected, her self-esteem drops and she is not motivated to continue the behavior. When she behaves negatively, instead of placing her in time-out, removing a reward is an option. Rewards could include items that are decided together. The child can take ownership of her behavior when she is able to take part in the decision making process.

Working with kids in a nurturing way is the best step toward positive behavior – and a healthy and happy relationship.

2 Responses to Behaviorism and the Developing Child