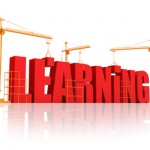 The entire environment of the school system and the administrative structure has changed rapidly in the past few years. Teachers are now being held more accountable and students are required to test more frequently. Many of these changes also happened nine years ago, with the introduction of the No Child Left Behind Act (NCLB).

The No Child Left Behind Act of 2001 was signed on January 8, 2002 by President Bush, according to Education Week. It is, “a reauthorization of the Elementary and Secondary Education Act,” which is, “the central federal law in pre-collegiate education.”

2. The act before NCLB

No Child Left Behind is an amended version of a previous act, The Elementary and Secondary Education Act (ESEA). This act, “emphasizes equal access to education, establishes high standards and accountability, and requires the inclusion of all students with disabilities in the student achievement system,” according to The Association of University Centers on Disabilities.

With the amended act, many changes arose when new rules on annual testing and academic progress were established.

A few of those changes, according to Education Week, include:

4. Weighing the pros and cons

The introduction of No Child Left Behind upset and infuriated some educators, who do not find the new stipulations fair for every student.

“Empirical research does not support the belief that all children can learn the same curriculum, in the same amount of time, and at the same level,” William Bainbridge wrote in his 2002 article, “Leaving Children Behind.” He is a Professor at the University of Dayton.

“The problem with such an unsubstantiated belief is that it may be used to deny differential financial support for those who come to school with environmental disadvantages. Not all children have high-quality nutrition, stimulating homes, and extensive learning opportunities prior to entering school,” he said in the article.

Others support NCLB because of the way it focuses on accountability. In many ways, the law made schools and districts more accountable for the instruction of their students.

“Accountability to parents, taxpayers and students themselves is a major objective of the law,” a news article in the Winfield Daily Courier said.

In recent news, there have been a few reports of the progress of NCLB.

“Four of every five Rhode Island public schools met all of the 2010-11 targets set by the federal No Child Left Behind Act (NCLB), according to annual school performance classifications,” GoLocalProv reported on May 6, 2011.

Other news stories don’t leave the reader so convinced. For many years, there have been reports that NCLB has taken away most of the funding for arts in the classroom, due to the fact that money is being put elsewhere—mainly into programs or private tutoring that increases test scores, some educators purport.

“It (NCLB) makes no provision for the arts, which are not part of the reading, math and other proficiency testing. The law is putting the arts on the endangered list nationwide in schools. With budget cutbacks, children aren’t getting exposed to other…art museums,” Louis Duiguid wrote in an April 2011 article for The Kansas City Star.

The next big test will arrive in the school year of 2013-14, when “states must bring all students up to the “proficient” level on state tests,” according to Education Week.