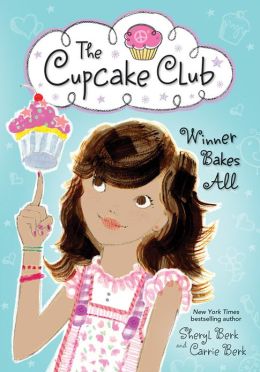 One of the most important things any parent can do, is show their child that learning is fun by example. Writer Sheryl Berk wanted to encourage her daughter Carrie’s creativity and so the two turned Carrie’s love of cupcakes and writing into a book series, “The Cupcake Club.” The series, which began being published in April 2012 by Sourcebooks Jabberwocky, is up to three books now and is truly a labor of love between mother and daughter. Sheryl talked to Funderstanding about the project and what it was like to collaborate with her young daughter.

Can you tell us a little about the genesis of the project? How did you and Carrie decide to turn a girl’s love of cupcakes into a book?
Carrie actually came up with the idea. She was frustrated that there wasn’t a cupcake series out there for elementary and middle schoolers, So she wrote a story about two friends who form a cupcake club. I thought it was great—and timely given “Ace of Cakes” and “Cake Boss” and all the other baking shows on TV. So I showed it to my agent, Frank Weimann at The Literary Group. He loved it and pitched it to publishers. We had a book deal very quickly. Carrie had a very good hunch.

Which came first—the baking or the book? And how did that transition work?
Carrie has always loved cupcakes. We bought them more than baked them at first; her fave is Red Velvet. One of my close friends—Carrie calls her “Aunt Kathy”—asked her one day, “Why don’t you write a cupcake blog and review all the cupcakes you taste?”
Carrie loved this idea.

It started off as a newsletter: “Carrie’s Cupcake Critique.” Soon, all her friends and family wanted copies, as well as her teachers in school. To be more eco-friendly, we went green and decided to do a blog, Carrie’s Cupcake Critique. It now has over 11,000 views and fans that include the Cake Boss [Buddy Valastro] and the stars of “DC Cupcakes!”

Who’s the better baker?
I’m good with inventing recipes, but Carrie has some serious piping skills when it comes to decorating.

Has Carrie always enjoyed reading and writing? How did she begin?
Yes, she has always loved to write, everything from realistic fiction to non-fiction essays. I’m a writer, so I guess it’s in her genes. I was really impressed with her vivid storytelling; it comes from the heart and her real experiences. Her teachers were wowed as well.

Did you do anything special to encourage this love of the written word? Do you have any tips for other parents?
I encouraged Carrie to keep a diary from the time she was in kindergarten and could put together a sentence. Then I encouraged her to write stories based on her favorite book characters. She was forever writing Rainbow Magic Fairy Tales and the further adventures of Judy Moody. I also suggested she write letters to her favorite authors. When she got notes of encouragement back from Megan McDonald and Lauren Baratz-Logstead, she was over the moon!

How did you two collaborate on the book?
We started by coming up with the characters—who they were, what made them special or different. I think there’s a little bit of Carrie in each one of them. She came up with all of their names and personalities—particularly the four girls, Kylie, Jenna, Lexi and Sadie. Then we talked about the story arc: What was the heroine’s biggest problem and how would she overcome it? Carrie loved the idea of her battling a bully, and dealing with the repercussions of getting her sweet revenge.

She also gave the characters genuine voices and would often correct me: “A kid wouldn’t talk like that!” And she was right. She was a tough editor! I would write a chapter and show it to her, and she learned to track changes and add her comments in the margins. Sometimes she was pretty brutal with her opinions, but I would never challenge her on them. This book series comes from her imagination and it should be true to her age group. In this case, she knows best.

The bullying/outcast angle is a very timely and important one—can you give us any insights on how you and Carrie decided to make that part of the book?
Kids are very aware of bullying. It may not be physical; sometimes it’s just one kid saying something cruel. Carrie has seen her friends get hurt by mean words and actions, and she’s a peer mediator in her school, so she tries to help kids work out any disagreements. This was a topic she really wanted to deal with in our first book. She thought it would speak to a lot of kids.

Obviously Carrie is a creative kid—how did you encourage this creativity?
I believe you should nurture your child’s passion—whatever it may be. Carrie is also a serious ballerina as well as a cupcake critic. My husband and I support her in both her endeavors—and sometimes that means running to ballet class three times a week or driving to some distant cupcake store so she can try a new cupcake. I always tell her that the most successful people I know are very passionate about what they do.

What was the reaction at school? Were the other kids supportive?
Her classmates are so excited for her and have all pre-ordered copies of the book. She’s “hidden” a lot of her pals’ first and last names in the book—for example, her BFF’s last name is Ludwig and Mr. Ludwig is the name of the gourmet shop owner who gives The Cupcake Club its first order. Her teachers and principal are thrilled and are currently reading a review copy. We did a focus group back in the Fall and read a chapter to her fourth grade class. They loved it and helped us even decide on the final cover for the book. It’s exciting for kids to see that someone their age can do this. I think she’s inspiring a lot of kids in her class to pick up a pen and write.

Many children write “books” that never even come close to being published—what made you decide to take this to the next level and get it published?
I knew how much Carrie wants to grow up and be a writer—she’s said so since first grade. And I felt like this idea was smart and marketable, despite the fact that she was just eight years old at the time. I knew it would be a lot of work for her on top of all her homework and ballet classes, but she wanted to do it. So we agreed to be a team. I’ve collaborated with a lot of celebs on books, but Carrie is by far my best writing partner. She wants to be a part of the entire process from start to finish. We just worked on a Romeo and Juliet-inspired plot for book two and went to see the ballet at Lincoln Center together. The whole time, she was taking notes!

About the author - Eric Cohen 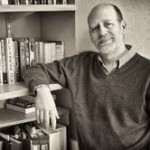 Eric Cohen founded Funderstanding in 1994, a product of his passion for active and inspired learning. His day job is at a2xconsulting, where he helps small companies grow into big companies. He lives in NJ with his wife, 2 kids, dog - and his ever growing collection of fine whisky, good movies, and baseball books.

How to Get Kids to Listen Read More

One of the most important things any parent can do, is show their child that… Read More