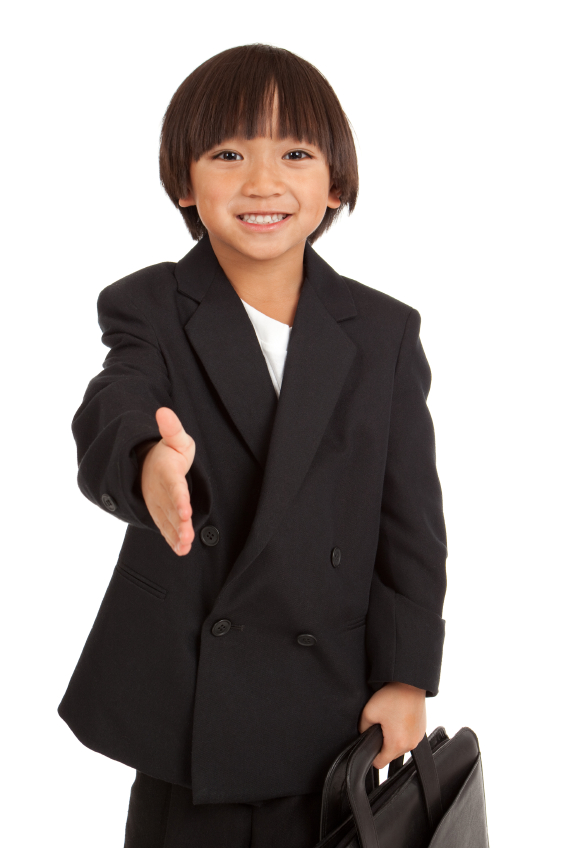 I had occasion recently to watch a large group of adolescents perspire through a fraught social gathering. Like Jane Goodall watching a particularly uncouth collection of chimps, I watched as they wiped sweaty palms on their pants, avoided eye contact during one-on-one conversation, sat open-kneed in short dresses and failed miserably at the simple task of shaking hands. Although it sounds like I was chaperoning a dance, I was in fact sitting in the audience of my son’s fifth grade graduation ceremony. I’ve known this bunch since their Elmo lunchbox days, and have watched them grow self-confident and comfortable in each other’s company. But something happened when they were asked to dress nicely and be the guests of honor. It was as though a Spell of Ungainliness had been cast; you could’ve cut the awkwardness with safety scissors.

The social discomfort and unfamiliarity with ceremony was an amusing/disturbing distraction. Attempts to reciprocate a teacher’s handshake could have formed the basis of an anthropological study. A small sampling of what I observed:

My father has told me about the etiquette lessons that were part of his elementary school curriculum. Right around fifth grade, he recalls, his homeroom teacher would clear the room of math and spelling and instead turn to lessons of social niceties. This was in early 1950s Newark, New Jersey, and my imagination paints a room populated by boys and girls dressed like men and women, with their buzz cuts and full skirts and heavy eyeglass frames. Pictures of this era always remind of the Victorian understanding of childhood, which suggested that children are just miniature adults of whom we should expect the same sobriety and capacity for rational thought. Though we have long since debunked that notion, in the case of teaching manners, it was probably helpful for those post-war teachers to be addressing a room full of kids who, at the very least, were dressed and groomed like middle-aged professionals.

In any event, Dad learned all sorts of rules that he can still recite verbatim. Did you know that the only time it is permissible for a gentleman to pass through a door before a lady is when it is a revolving door? In that case, it’s considered polite to begin pushing the door into motion. Did you know there are polite and impolite ways to deploy an umbrella? Also included in Dad’s “old school” old school were the basics of handshakes, pulling out and pushing in chairs, and a few now-obsolete points on the handkerchief. Updated for today, elementary school etiquette might want to address the scourge of electronic rudeness. Common sense dictates that it’s rude to converse with a friend across the lounge while you’re seated across from your partner at a table for two. Same applies to texting! If you wouldn’t call your roommate on the phone while dining a deux with a friend, then don’t spend the meal having a thumb-driven e-conversation with him, either.

We can marvel that this manner of manners was so recently considered a normal and entirely uncontroversial part of schooling. But can we really debate the suggestion that our social behavior, in the aggregate, is becoming ever more impolite? I don’t know why lessons like this have fallen by the wayside since my parents’ generation, but I suspect that the mere thought of teaching etiquette in a deliberate way might smack of paternalism of condescension to some. To me, it seems like basic manners are a perfect example of what can and should be taught in elementary school. The premise of the learning that goes on in K-5 is to give all students a common foundation upon which to build as they continue their schooling, develop critical thinking skills, and learn to process their own personal experiences through the filter of what they are learning. If all these kids will be working together to build the future, shouldn’t we give them a shared blueprint to help them smooth out the kinks that can arise in social situations where one hand doesn’t know how to shake the other?

Teaching Essential Life Skills Through Storytelling: An Interview with the Experts

Teaching Essential Life Skills Through Storytelling: An Interview with the Experts Read More