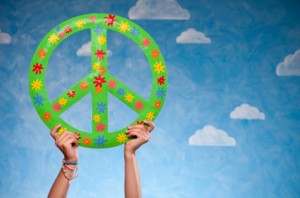 The concept of Total Behavior teaches us that behavior has four components: acting, thinking, feeling, and physiology. One component doesn’t “cause” the others; they co-exist. Dr. William Glasser, the psychiatrist who developed Choice Theory, has stated on numerous occasions, “I don’t sweat (physiology) because I run (acting).

I sweat when I run.” It’s not an “if…then” proposition.

I am frequently asked if there is scientific data that supports the concept of Total Behavior. Recent research unrelated to Total Behavior seems to offer scientific evidence that the components of behavior indeed operate simultaneously rather than sequentially. For the vast majority of us, acting and thinking are the two easiest components to directly control. One exceptional group may soon be offered life-changing relief. Check this out:

Miguel Nicolesis (Beyond Boundaries) is a professor of neuroscience at Duke University. For the past ten years, he and his research team have conducted experiments that focus on two components of behavior: acting and thinking. Dr. Nicolesis has been able to identify, capture, and map the thinking component involved in every Total Behavior. Let me give an example. When I reach for a spoon to stir my coffee, the thought process associated with that action can now be precisely identified, coded, and captured by a computer, thanks to the work of Dr. Nicolesis and his team.

This is much more than an interesting bit of abstract knowledge. Applying this knowledge offers wonderful hope for a whole segment of our population: quadriplegics. When people suffer traumatic brain or spinal cord injuries, there is an interruption in the neural pathways that results in an inability to move even though the thinking component of the total behavior of moving is unimpaired. Here’s the incredibly exciting thing that Dr. Nicolesis and his team are working on: using computers and a whole body robotic vest, when quadriplegics think “stir my coffee,” a computer will “read” the thought and help them carry out the associated motor activity that has been compromised by injury. Dr. Nicolesis is hopeful that the technology will be available for use within the next five years.

Total Behavior. When we think, we act. Victims of traumatic brain and spinal cord injuries are unable to act when they think. But the impairment is limited to the acting component of their total behavior. With the use of science and technology, Dr. Nicolesis and his team hope to soon help these otherwise able people once again have their body act when they think. Incredible. And incredibly wonderful.