Motivation Comes From Within 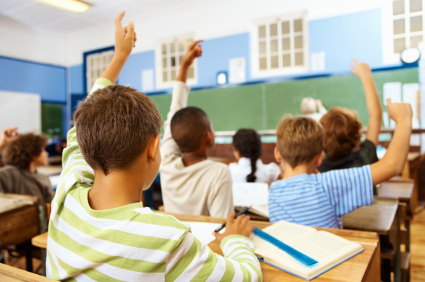 Imagine you are a classroom teacher who wants to promote active participation. As someone who believes in the power of positive reinforcement, you bestow lavish praise on those students who participate in class. “Mike,” you say, “is exactly right. Did everyone hear what he just said? Please say it again, Mike. Great job!” Mike is very proud of himself, appreciates your positive reinforcement, and is therefore quite likely to participate more frequently in class.

The scene I have just described is fairly typical. But now imagine that Justin, a timid student who prefers to avoid the limelight, unexpectedly raises his hand and answers a question correctly. Using traditional positive reinforcement, you shower Justin with praise. “Great answer, Justin! See? I knew you could do this! You must be very proud of yourself!” Despite the positive reinforcement and your admirable desire to “motivate” Justin, he only wants to disappear and crawl into a hole. Because Justin doesn’t want what you are offering (praise, positive reinforcement), he is far less likely to volunteer to say anything else in class for a long time, afraid it will only bring him attention he doesn’t want.

Mike and Justin, like all of us, are motivated from the inside. Because Mike wants attention and praise, your positive reinforcement appears effective. Because Justin doesn’t want the attention you offer, the same strategy is utterly ineffective with him. Why? Because you are trying to motivate externally when, in fact, motivation comes from within.

The problem with practices based on external control psychology – things like external rewards and positive reinforcement – is not in their intent. The intent is laudable. To want kids to be engaged and do well academically is noble. The problem is that these practices assume that your reality matches my reality. In truth, what you find rewarding may be utterly distasteful to me. And visa versa. By extension, what is effective with one student won’t necessarily be effective with another.

While I fully accept that students may do what you want after you provide some type of positive reinforcement, it is naïve to think that you have motivated them. Students, like all of us, are consistently motivated from the inside out. The behaviors we observe are nothing more than their best attempt at any moment to get what they want. If they want your praise, they’ll raise their hand and participate actively in class. If they want to fly under the radar, your “positive reinforcement” will only increase their silence.

One Response to Motivation Comes From Within