Perseverance and The Relentless Pursuit of McNuggets! 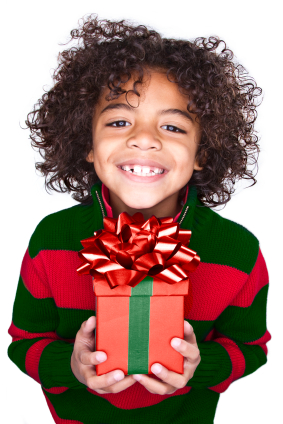 A person who has been in several of my workshops over the years and is well acquainted with my feelings about the negative impact of external rewards, recently wrote to me about an awards ceremony at her child’s school. She asked to remain anonymous but wanted her story shared with others. Here’s what she wrote:

I couldn’t help but think of you, Bob, when I went to an awards ceremony at my daughter’s school a couple of months ago. I know you aren’t a fan of school-wide events where the “winners” sit on the stage while the “losers” sit in the audience. But this one seemed different and I thought to myself, “Even Bob might not object to this format.” My daughter was being recognized for demonstrating perseverance, a character trait the school was promoting with children. The ceremony was only attended by the students being honored and any family member who could attend, So instead of having “winners” and “losers,” every kid there was being recognized.

The morning of the ceremony, my daughter was so excited. You know how second-graders can be. Before we left for school, I asked her what “perseverance” means. “It means when you don’t give up, even when things are real hard. It means you keep trying your best until you are doing your best. That’s me!” she exclaimed, obviously proud to have this quality. I was so proud when my little girl was called to the front of the room to be recognized. Every parent there was so happy for their kids and their accomplishments.

Then it all fell apart. The teacher who organized everything gave each student a certificate with their name and a statement about how they had been selected by their classmates and teachers because their behavior demonstrated “perseverance.’” And then she said, “But the bottom of the certificate is what really gets the kids excited. It’s a coupon that lets them get four free Chicken McNuggets!” You could tell the teacher was pretty excited about that and her enthusiasm seemed to get the kids all jazzed up about the McNuggets. Suddenly, the kids weren’t proud about showing “perseverance.’” They were excited because “perseverance” bought them some McNuggets. My daughter and the rest of the kids who received their awards were all smiles, but I had a sinking feeling. It was at that moment that I really understood what you mean when you talk about the negative impact of external rewards. Until that moment, it had been nothing more than an interesting idea. Suddenly, it became “real’” to me as I watched my daughter’s excitement about a positive quality fade into the background, replaced by the promise of fast food.

I don’t want you to mention my name. And please don’t mention my daughter’s school or the teacher. I’m sure no one meant any harm. But if you want to share this story with others, please do so.

I wish I could say, “I don’t believe it.” Unfortunately, this is the norm, not the exception. This school values perseverance and wants the students to internalize that value. The students recognized were excited that they were acknowledged for having demonstrated perseverance. And then, for no good reason – at least none I can fathom – they are given some Chicken McNuggets. Instead of being excited because they persevered, the kids – following the lead of the teacher – were excited because they got four Chicken McNuggets.

I only hope these students continue to persevere, even if it there are no Chicken McNuggets at the end of the rainbow.