Perceived Problems Demand Decisive Action (Even If It Doesn’t Help!) 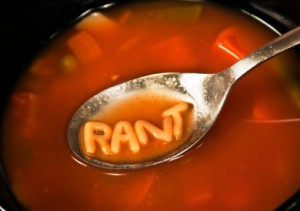 Oh, and it’s the same old story
Ever since the world began.
Everybody’s got the runs for glory.
Nobody stop and scrutinize the plan.
“Learn How to Sail”
Paul Simon

“Our educational system is in shambles.” I’m not sure if that’s really true, but it has become almost a national mantra, embraced with equal vigor by those on the right and the left. You can be of any political persuasion and blithely suggest our schools are a train wreck and few would dare question the assertion.

Of course, once a problem is identified (even if it’s not really the problem everyone claims it is), solutions must be proposed and decisive action taken. Two popular solutions to the “education crisis” are the proliferation of charter schools and the use of merit pay. Charter schools have a natural appeal, in part because freedom-loving Americans are naturally drawn to “schools of choice.” And merit pay seems so logical that few argue against it. (Teachers unions are the obvious exception but everyone knows that teachers are greedy and almost single-handedly responsible for our financial woes.)

The merit pay movement continues to gain traction and momentum. Ohio recently enacted a law that eliminates “step raises” for its 110,000 teachers in favor of a “pay for performance” model. A less drastic merit pay plan was just adopted in Virginia.

Given the merit pay frenzy that has captured the public and legislative fancy, it makes sense to look at how successful such a practice might be. After examining the results of a pay-for-performance program in more than 200 New York City schools, Harvard economist Roland G. Fryer, Jr. concluded, “I find no evidence that teacher incentives increase student performance, attendance, or graduation, nor do I find any evidence that the incentives change student or teacher behavior. If anything, teacher incentives may decrease student achievement, especially in larger schools.”

What a downer. Merit pay seems like such a good idea. Don’t worry. Despite evidence suggesting it’s a practice with no significant upside (other than the rush we feel when we know we are tackling serious issues with gusto), I am confident more states will follow in the footsteps of Ohio and Virginia.

“We have an education crisis.” It may not be true, but it’s a cry that certainly gets attention and rallies people into action. Merit pay. Charter schools. Decisive steps to address a perceived problem. Get past the euphoria and examine the results, however, and it looks like we’re barking up the wrong tree.