Parenting 101: “Everyone is Doing the Best They Can” 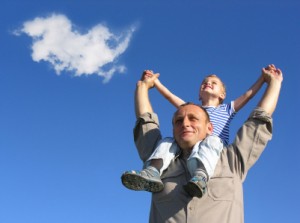 My wife and I recently returned home after a two-month holiday in New Zealand and Australia. We came home with lots of wonderful memories. Interestingly, one less pleasant experience has stayed with me for weeks, both because it was so familiar and so unnecessary.

We had just concluded a three-day stay on the Sunshine Coast in Australia and were walking to a bus stop to begin our journey back to our daughter’s home in Brisbane. A mother with two young children was walking ahead of us. One of the kids was about five or six years old and epitomized the definition of “all boy.” He wasn’t simply walking. He was in perpetual motion, scurrying from here to there, constantly chatting, and clearly enjoying himself. Then it all fell apart.

Actually, all that really “fell” was his plastic container filled with candy, spilling its contents on the sidewalk. Almost before the candy hit the pavement, his mother screamed, “Now look what you’ve done! Why did you do that? Guess who won’t be enjoying any candy today?” This was accompanied by her dramatically swooping to the ground, picking up and examining the fallen candy, and throwing it violently to the ground, providing a final exclamation point to her comments.

I’m not sure I had ever witnessed metamorphosis before, but I’m pretty sure I witnessed it then. The young boy who moments before was so vibrant and full of energy, immediately appeared smaller, shoulders slumped forward, eyes cast downward, silent.

His mother must have noticed the change, too, and mistook it for early onset hearing loss. “Did you hear me?” she shouted. “Why did you do that?” Wisely, he offered no answer – for any answer would have been incorrect and an invitation for more vitriolic comments.

The human brain is amazing. We process information so rapidly. Ever notice that a dream lasting only a few minutes contains a full story? That’s what happened to me in the next ten seconds. My first thought was to confront the parent – my pathetic attempt to advocate for the child. “Are you crazy?” I wanted to ask. “How can any rational adult believe a child would deliberately drop his candy on the sidewalk? Clearly, your son had an accident. Give him a break, you screaming lunatic!” Fortunately for all involved, this mini-tirade took place only in my head and I immediately realized that exposing the mother’s ineptitude wouldn’t do anyone any good.

Almost instantaneously, my brain came up with another potential course of action. Clearly, this mother was already stressed and the innocuous candy accident was undoubtedly the proverbial straw that broke the camel’s back. She needed sympathy and support, not criticism. I imagined saying to the mother, “Having a rough day, huh? It must be hard taking care of a couple of young kids. I remember those days. I’ve been watching your son. He’s a bundle of energy. He looks like he keeps you busy. Is there anything I can do to help?”

I imagined the mother’s probable answer. It wasn’t pretty. “Just who do you think you are? I’m just fine, thank you. And I don’t need anyone telling me how to handle my kids. Leave me alone or I’ll call the police.”

I quickly decided that my intervention wasn’t going to work, despite my positive intent. Why?  That’s easy. I had no relationship with this woman. I had witnessed her in a moment she probably regretted. Asking her to become vulnerable in front of a total stranger was absurd.

So I chose to say nothing. My wife and I simply walked past this family in distress. Weeks later, I don’t regret my action (or lack thereof.) I still can’t think of anything I could have said or done that would have been helpful to this mother and her son. So I feel no guilt about my decision. The only thing I can do, I decided, is to take action before an incident like this occurs by communicating with other parents. Parents who read this article. Parents with whom I have some type of relationship, however tenuous, because they have chosen to read this. So let me address you.

If the story of this mother and her child sounds uncomfortably familiar, welcome to the club. Most of us have been there. When I began the Choice Theory journey that I have been on for more than 25 years, one of the first things I learned was the following: “Everyone is doing the best they can.” When our kids (or anyone else, for that matter) do something foolish, break something, behave inappropriately, or in any other way fail to meet our expectations, it’s easy to criticize, yell, berate, humiliate, etc. Just like the mother on the Sunshine Coast.

If at that moment you can remind yourself, “Everyone is doing the best they can,” everything changes. Rather than feeling the need to criticize or punish – the role of enforcer – you will find yourself thinking something like this: “This is the best my child can do right now. It’s not acceptable. It’s not what I want. But for the moment, they can’t do any better. How can I help them behave more effectively/appropriately?” Instantaneously, you transition from enforcer to teacher. Your role is not to punish, but to teach. Helping your child develop more effective behaviors means less tension, less discord, and less unpleasantness.

I can’t tell you how often this phrase – “Everyone is doing the best they can” – has helped me, both personally and professionally. As a father, when my son did something I didn’t like, I was able to resist the temptation to berate (“Why did you do that? What on earth were you thinking?”) and remember that my role as a parent was/is to help my children develop effective, responsible behaviors. As a school psychologist dealing with chronically underperforming students who continually violated school rules, when I reminded myself, “Everybody is doing the best they can,” it helped me help them. I implore you: try it. It works.

One last thing. “Everyone is doing the best they can.” This applies to you as well. It’s not just about your kids. When you consider those moments when you fell short of the mark as a parent – when you yelled, screamed, humiliated, and berated – feeling guilty and blaming yourself for being a “bad parent” doesn’t help. Just like your kids, you’re doing the best you can. Just like you help them figure out a better way, give yourself permission to develop new skills, to grow more competent in your role as parent, teacher, and guide. If all you do is blame yourself and wallow in guilt, you’ll only feel bad. After a while, there’s a good chance you’ll blame your kids for “making” you feel guilty, and the cycle of yelling, screaming, and feeling guilty will continue unabated. Accept your own shortcomings and face them head on. Remembering, “Everyone is doing the best they can,” gives you the best chance to become the parent you’d like to be.

One Response to Parenting 101: “Everyone is Doing the Best They Can”