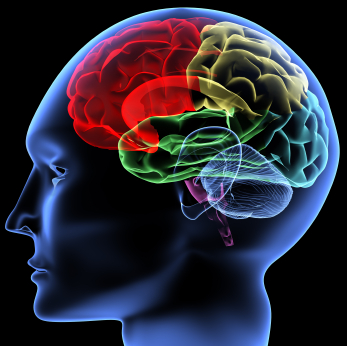 Behind every piece of information or action a student learns or learns to do, is a wealth of complicated structures in his brain. As an educator, you should think of yourself as a neuroscientist, navigating your students’ brains in order to grow and change them with each new lesson. This is called, brain-based learning. In order to take on this important task, it is important that you first understand the parts of the brain and the roles they play in learning and cognition.

“The human brain is the best-organized, most functional three pounds of matter in the known universe,” says educator Robert Sylwester in his book, A Celebration of Neurons: An Educator’s Guide to the Human Brain. “It’s responsible for Beethoven’s Ninth Symphony, computers, the Sistine Chapel, automobiles, the Second World War, Hamlet, apple pie, and a whole lot more.”

While the average brain consists of over 100 billion nerve cells, trillions of support cells and dozens of structures that all assist in the learning process, the limbic system is a specific area that we can take a closer look at to see how learning occurs in the brain.

How Our Brain Parts Relate to Learning

1. The amygdale and the prefrontal cortex act together to control emotion. In adolescents the prefrontal cortex is not yet fully formed and thus children and teens lack the control over impulses that adults have. To clear the path to learning, adults need to act as an artificial prefrontal cortex. Help your students stay organized and on task and work with them on calendars and to-do lists as their impulses may draw them to other activities.

2. Children’s growth hormones are especially active while they sleep. During this time, the majority of new nerve growth in the brain is taking place. In order to fully internalize new information, students literally need to sleep on it! Sleep allows their brains time to grow and develop so they can better absorb what they’ve been taught. Make sure your children get plenty of sleep in order to make his or her education most effective.

3. The human body has high-low cycles controlled by the thalamus that last about 90 to 110 minutes. At the top of this cycle, students have more energy and are the most attentive and as they reach the bottom of the cycle they have the least energy and are the least attentive. Try to switch activities or lessons at regular intervals to help hold your student’s attention. Keep it structured though. Multitasking means your student is not giving his full-attention to one task and thus not fully encoding it to his brain.

About the author - Taylor Engler

Taylor Engler is a writer and marketing professional working in education reform.

One Response to Brain Anatomy