An Emotional Connection: The Cerebral Cortex and the Limbic System 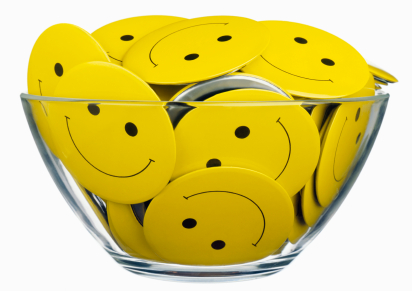 Did you know if you are being chased by an animal or you are thrown into another situation of survival, you’ll use your limbic system to deal with the danger? It manages your emotions and motivations as well.

The limbic system is located beneath the cerebral cortex. This system is the center for emotional thinking. The limbic system is directly involved with what makes you laugh. Brain based learning research has revealed that the best problem solvers are those that laugh! It is also where most of your emotions, like happiness, sadness and anger stem from. Memory is also stored here.

“Another intriguing aspect of the limbic system is that it feeds off of your emotion. The stronger your feeling is toward a certain event or experience, the stronger it reacts to that particular emotion. It is quite conceivable that we can even train human behavior by manipulating this simple behavioral aspect of your lower brain,” a BrainBlogger.com article said. This could be useful information for those interested in learning how to increase our emotional intelligence (EQ), purported to be a more useful indicator of success than IQ.

This system is also responsible for making babies smile. “Between four and ten weeks of life, the limbic system and motor networks are sufficiently mature to make for baby’s first emotional smile. Across all cultures, the social smile pops up at the same time,” an article on Babble.com said.

Connection between Temperament and Brain

Studies also show that the temperament of babies can predict the type of attitude they may have as adults.

“In a study that could help clar­i­fy the com­plex rela­t­ion­ships be­tween the brain, en­vi­ron­ment and be­hav­ior, re­search­ers have found that four-month-old in­fants’ tem­per­a­ment pre­dicts some as­pects of their brain struc­ture 18 years lat­er,” a World Science article said.

But that’s not to say environmental factors aren’t also important.

“In the first year alone, your baby’s brain grows from about 400g to a stupendous 1000g. While this growth and development is in part predetermined by genetic force, exactly how the brain grows is dependent upon emotional interaction, and that involves you,” a Psychology Today article said.

In the same article, assistant clinical professor of psychiatry and biobehavioral sciences at UCLA Medical School Allan N. Schore said, “The human cerebral cortex adds about 70% of its final DNA content after birth, and this expanding brain is directly influenced by early environmental enrichment and social experiences.” A higher level of Emotional Intelligence helps one more easily navigate social situations, among other benefits.

As if controlling smiling and emotional development weren’t enough, the cerebral cortex is also responsible for road rage and other anger-inducing situations. But that doesn’t mean you can’t learn to control it.

“Humans have a cerebral cortex that gives us the capacity to reason, if we give it a chance. When angered, we can command our cerebral cortex to evaluate our anger — to determine if we need to take action to right a wrong, or to change our reaction to the situation,” an ABC News article on Anger Management stated.

Whether you’re trying to build your emotional intelligence, survive an attack, or just simply have fun, keep in mind that when it comes to the cerebral cortex and limbic system, it can be pretty emotional.