A Fun and Very Detailed Genealogy of Baseball Teams

Interest in baseball, like a lot of sports, tends to be passed down from generation to generation. My father was a baseball fan and I have very strong memories talking to one of my uncles when I was about six years old about his favorite team, The Mets.

As a kid, I was obsessed with baseball. I listened to games on the radio, I played it with my friends constantly, and I tried to learn as much about the game as possible. The fact that my neighbors had NY Yankee season tickets behind home plate made them my idols.

I stumbled across this Genealogy of Baseball Teams infographic recently and I couldn’t help stare at it for awhile (instead of doing work). It lays out where major league teams came from. 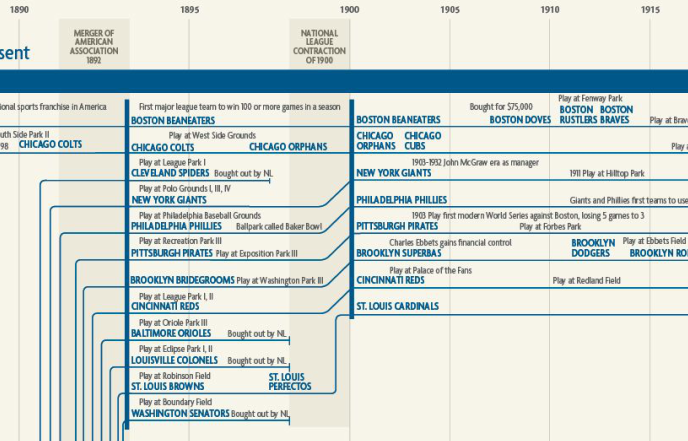 Who knew there have been more than 100 teams! Who knew that the Kansas City Blues would become the Washington Nationals then ultimately become the Minnesota Twins and the current Nationals would come from Montreal? Crazy talk, I tell you.

This type of infographic is not just about baseball though. So much can be tied to all sorts of history. The first TV broadcast of a major league game occurred around 1940. Hey, when were tv’s invented anyway?

Rightfully so, much has been made about the great Jackie Robinson who broke the color barrier as a player in 1947. But it took until 1962 for the first African American person to become a manager in the major leagues. Do you know who that was and who he coached for? 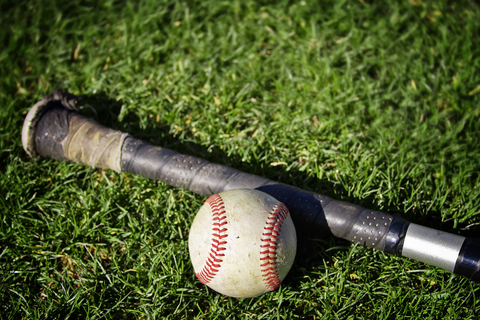 Back in 1884, there was a new league that lasted one year – The Union Association. They attracted players that were unhappy with the reserve clause in the other league. Why does anyone care? The reserve clause was abolished but has been pretty much replaced by Free Agency, a term that any sports fan knows has changed the world of sports forever.

So, click on the map and zoom around. Get lost in all its glory… Reminiscence of those years gone by as a kid.

Disclaimer: We have no connection to this company.

Perceived Problems Demand Decisive Action (Even If It Doesn’t Help!)

Do Your Kids Sit Down and Read?

Do Your Kids Sit Down and Read? Read More

So You Don’t Like Standardized Tests—What’s the Alternative? Read More