Back in 1986, there was a movie titled ‘The Fly.’  Given that it was a remake and this remake is almost 30 years old, I won’t hesitate to talk about it in fear of spoiling it for anyone.

In this film, scientist Seth Brundle is working on a teleportation machine – a machine that will allow a person to go from point A to point B almost instantaneously.  The good is that he cracks the code and creates a working teleportation device. The bad news is that he teleports himself with a fly in his chamber, merging himself with the fly, becoming ‘Brundlefly.’  And things get ugly from there. 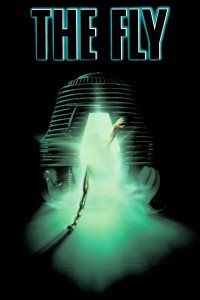 Although people can debate whether it was a good or bad movie, the big takeaway for me was the idea of teleportation and whether it would ever become a reality in my lifetime.  28 years later, I’m guessing we aren’t any closer than we were back when this film was made.

But fear not people!  Just because we can’t teleport doesn’t mean that science has moved forward. Even though this article is over a year old, here are 27 Science Fictions that actually became Science Facts in 2012.

So You Don’t Like Standardized Tests—What’s the Alternative? Read More